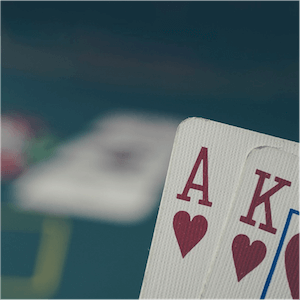 The USA has been slow in its progress towards legal and regulated online gambling, particularly because of each state’s individual laws when it comes to the activity. Much like Canada, where each Province has its own regulations, the US also allows for each state to decide their stance on gambling. However, poker players in three US states can now rejoice as Caesars Interactive Entertainment prepares to share online poker liquidity between players in Nevada, Delaware and New Jersey from May 1 this year.

In a recent statement, Caesars Interactive (CIE) noted that both of its popular online poker websites, WSOP.com and 888Poker.com, will begin to offer shared liquidity services to local players through their sites in each of the three states mentioned above.

Nevada, Delaware and New Jersey are currently the only American states in which online gambling is legal. However, should more states amend their legislations to allow iGaming activities, the new shared liquidity development may well be expanded to reach these areas as well.

Regulators in the three states have not yet given their final approval for shared liquidity through WSOP.com and 888Poker.com. With that said, the software that would govern the liquidity is currently undergoing rigorous testing, and CIE remains hopeful that it will be given the proverbial green light soon.

It should be noted here that Nevada and Delaware have already been sharing their online poker player pools since as early as 2015. However, as the New Jersey iGaming market is already streaks ahead of these two markets despite its recent regulation, CIE hopes that the introduction of a three-way shared liquidity deal will further boost the success of this arrangement.

Head of online poker at WSOP, Bill Rini, commented to the Associated Press that the new deal could assist in establishing a new, large-scale offering across multiple states that will rapidly propel the American online poker industry forward and generate more revenues than ever before.

In related news, New Jersey revealed record-smashing online gaming revenues of $25.6 million last month (March 2018). Information from the New Jersey Division of Gaming Enforcement has shown an increase of 16.3% over the $22 million generated in February this year, as well as a marked increase over the $21.7 million in revenues collected by the state in March of 2017.

Extrapolated from these March earnings, the state’s predicted online gambling revenues for the year to date stand at $69.5 million, coming as a considerable 17.3% increase over the $59.3 million posted at the same point last year.