From legendary Atari’s to Sony’s PlayStation, there have been plenty of gaming consoles that have remained cult classics among players around the world. Nowadays, virtual reality headsets are the latest trending devices, and modern mobile consoles similar to the Nintendo DS are also making a comeback.

With that said, there have also been plenty of consoles, tablets and gaming devices that never quite left the ground. We’ve rounded up some of the most obscure and unheard-of examples below.

The PICO-8 Fantasy Console allows users to make, share and play basic video games and other computer programs in a 1980’s console style. While one of the lesser-known consoles of its kind, the PICO-8 still offers functionality that appeals to developers who enjoy the device’s challenging limits. The fantasy console has a 128x128 fixed 16-colour palette screen, 6 buttons, and comes with specially designed 32k cartridges. Users can develop programs and games using Lua code, and can even play them using a compatible joystick controller that can be wired up to the device.

Nintendo is well known for the Game Boy and DS, but the Virtual Boy is one of its practically unknown creations. The Virtual Boy was a gaming system that was released in the US in 1995, but unfortunately, it was discontinued in just 6 months. The device is a kind of VR gaming headset, although not one that players could wear on their heads. Instead, the device came with its own tripod stand and table - and, thanks to its suboptimal graphic capabilities and display colours only in red and black, the device never hit mainstream popularity.

The Woolim tablet is North Korea’s totalitarian solution to the demands of local citizens. The tablet has been designed to track its users, prohibit the distribution of illegal media, and act as a North Korean propaganda platform for the DPRK. The device is powered by Android and looks like a typical tablet, with hardware created by Chinese firm Hoozoo. However, the Korean government has nixed its Bluetooth and Wi-Fi capabilities, leaving the tablet with just a pre-approved selection of apps and software. It’s a far cry from the sophisticated Android devices available to the rest of the world, but it once again illustrates Android’s diversity in the marketplace. 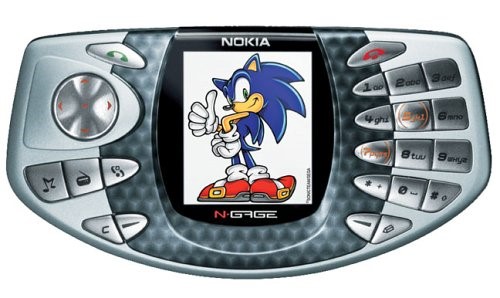 The Nokia N-Gage was an awkward cross between a smartphone and a mobile gaming console launched by Nokia in 2003. Too big to be a smartphone and too small to be a console, and an interface covered with confusing buttons, the device lasted just a mere 2 years on the market. However, Samsung and Apple quickly cottoned on to the N-Gage’s vision, doing a much more successful job of creating gaming-capable smartphones.

The Epoch Cassette Vision console is one of history’s most obscure gaming devices. Released in 1981, this device features a design with the controllers built into the main console, forcing players to sit with the entire console on their laps whenever they played. Naturally, the bulky console hardly even featured in the mainstream market thanks to top-sellers like the Atari 2600, allowing it to become one of gaming history’s most mysterious relics.

As tech evolves even more in the coming years there are sure to be other devices that fade away into obscurity. However, these products often lay the groundwork for things to come, and play a valuable role in inspiring growth and innovation in new directions.