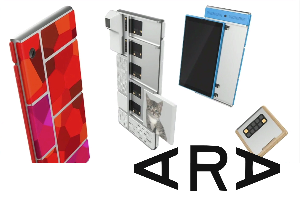 Of all the internet-based companies in the world, Google has the largest and most powerful presence across numerous verticals. The more technology has become a part of our daily lives, the more Google has grown, bringing Internet connectivity to PC, smartphone and tablet users worldwide with its Android operating system, and various in-house tech products.

Google is exceptionally skilled when it comes to predicting and creating the future of technology, which could be why its products are so seamlessly integrated for an optimal user experience. However, Google’s long journey has also produced some failed ventures along with its many successes, although these failures are seldom mentioned in conversation. Just like other tech or gaming inventions that fell by the wayside, Google is no stranger to products that failed to impress.

Read on to find out more about the top 5 Google projects that never really left the ground.

In September 2016, Google finally confirmed that its Project Ara smartphone venture was over. Despite Google’s plans to release the new smartphone onto the market last May, the device’s debut was halted by Google’s hardware chief Rick Osterloh. Osterloh has been trying to streamline the company’s range of products, and Project Ara was the first of many to be slashed – a sad day for many who were looking forward to the modular concept phone from Google’s experimental ATAP team.

Ara was a concept that reimagined the traditional smartphone as a number of smaller bricks (think LEGO style) that could be attached to each other, rearranged, and swapped out effortlessly. Alas, Project Ara proved too costly and ambitious, and Google encountered too many technical hurdles to turn the design into a reality. However, the dream may simply have shifted hands to Motorola, who are designing smartphones with modular backplates for a lesser but still relatively customisable device.

Google Lively is one of Google’s least known ventures, which lasted for just six months back in 2008. The platform allowed its users to interact with each other in a 3D environment complete with chat dynamics and a Minecraft-style approach to digital architecture. Users could create avatars and ‘live’ through Google Lively’s virtual experience, but constant glitches and lagging made the experience frustrating for many.

Chat rooms and bulletin boards were also only en vogue for a very short while, and were soon replaced by social media networks instead. Nowadays, we are far more likely to socialise through these very same established social media forums like Facebook and Twitter, and have done away with the idea of the Internet as a place one can visit in place of a valuable networking tool.

The ‘answers’ concept is another that has become obsolete in the face of Google’s search engine being universally available. Anyone who wants concrete information now goes to websites or hubs like Wikipedia to find what they’re looking for. Google saw promise in the Google Answers venture because successful companies like AskJeeves and ChaCha has already been built on the above concept: ask any question, and receive a specific answer in return.

However, Google made a fundamental mistake in monetising the system, and they also used an auction-house model that paid any freelancer who was willing to provide the answer at the given price. Of course, this sort of technology is totally obsolete these days, as you can easily bring up thousands of accurate and targeted results using Google’s search engines; but from 2002 to 2006, Google Answers did hold some power in the then-new World Wide Web. 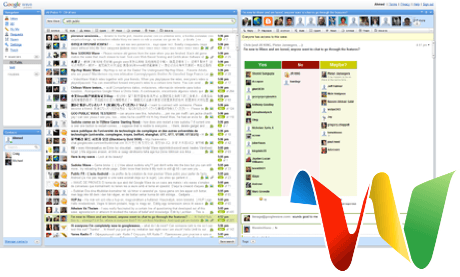 In 2005, Google acquired two major ventures; Dodgeball and Android. Dodgeball was a social networking platform with a location-specific undertone, cofounded by Dennis Crowley. While the premise of the site was to connect people from nearby locations using technology, Google’s ownership of Dodgeball did nothing to help it along, until two years later, Crowley left Google and founded Foursquare instead.

By then, the hardware available was able to adequately catch up with the concept, and the idea took off. Nowadays, Google’s Latitude and Facebook’s Places offer similar check-in technology, but Foursquare has conquered them both by offering gamification, with badges and medals awarded for loyalty to certain businesses or locations. Even this idea is becoming obsolete though, as check-ins and location mapping is becoming a standard feature of social networks. This ultimately highlights what the nature of an internet-connected life has become: a helpful addition to reality as opposed to a replacement.

Google Wave is probably the most famous of the company’s failures. The platform attempted to replace every other well-established content sharing site, much like Google+ is now trying to take over social networking. It debuted in 2009 with the then-popular ‘invite’ system, but soon went downhill from there for numerous reasons that even experts can’t quite explain.

Wave battled to integrate with Google’s other suites and features, and it was forgotten as quickly as it hit the market. However, any features that users actually enjoyed in Wave will likely be repurposed into future Google products to keep the company’s trend of reabsorbing and transforming its ideas alive.