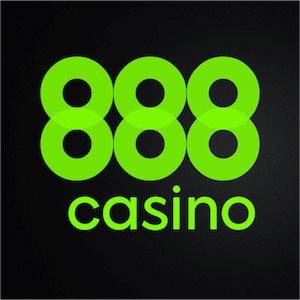 888.com is the newest sponsor of the New York Jets, and the iGaming brand has not wasted any time getting its banners up outside the home stadium. Although the deal is yet to be officially announced, the MetLife Stadium in East Rutherford is already sporting a touch of 888 orange.

Following the PASPA ruling earlier this year that lifted the ban on sports betting, many of the major leagues have relaxed their rules around casino advertising deals. This has led to the Jets and 888 concluding a sponsorship deal.

The change in league rules has opened a new avenue for sponsorship revenue for NFL teams. The newly allowed deals do however have a few regulations they must adhere to. Firstly, teams are not allowed to accept a percentage of revenue from its sponsor, second, advertising may not take place during the games, and third, gambling related sponsors may not promote their sports betting brands or platforms.

It is the third regulation that is causing a backlash for the team's newly inked sponsorship agreement. In addition to its casino activities, 888 also offer a sports betting service.

Although the banners do not expressly advertise the company’s sports betting option, NFL purists believe it is too close to breaking the rules. They have gone on to argue that the very fact that brand is affiliated with sports betting breaks the regulations and therefore they should not be allowed to advertise.

Once the deal has been officially announced stakeholders will have a clearer idea of what the exact details and permissions entail.

A Gateway to Gambling Problems

Stopping the league from being affiliated with sports betting is only one of the concerns raised. Another is the risk of normalizing gambling, and therefore encouraging young fans to participate in wagering activities.

Keith Whyte of the National Council of Problem Gambling stated that advertising at these sports events will encourage wagering to be seen as part of the game, which could lead to problems later.

The NFL has long voiced the view that any type of wagering would threaten the integrity of the league. However, since the Supreme Court ruling leagues have seen an opportunity for revenue and have tried to implement ‘integrity fees’ which never materialized. Instead, the revenue from sponsorships and advertising will have to suffice.

The Dallas Cowboys became the first NFL team to sign a sponsorship deal with a gambling operator. The team announced its partnership with the Winstar World Casino in September.