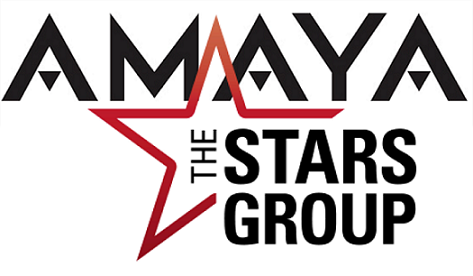 On August 1, Canadian iGaming conglomerate Amaya announced that it has now completed its rebranding venture, becoming The Stars Group. The group has also relocated its headquarters to Toronto from its original location in Montreal, as well as revealing a new corporate logo and website to mark another era in the company’s evolution.

The firm has been granted the necessary approval from local regulators, and is soon to begin trading on the Global Select Market using the TSG ticker symbol. It will also be trading on the Toronto Stock Exchange under the TSGI ticker symbol from the beginning of August.

It was in May that Amaya confirmed its plans for a name change. The firm is known for being the parent company of PokerStars and BetStars owner The Rational Group. PokerStars is the world’s largest online poker operator, and has become Amaya’s main source of revenue in recent years.

Amaya has previously noted that its rebranding as The Stars Group would aim to reflect this particular brand’s success, along with the anticipated growth of its sister brand, BetStars. Many also believe that the change is aimed at the firm distancing itself from the scandal of ex-CEO David Baazov in its past.

The businessman who originally founded the company was put on trial for an insider trading investigation relating to the $4.9 billion acquisition deal of The Rational Group back in 2014.

In February last year, Baazov announced plans to purchase Amaya and make the company private. However, he was forced to abandon these plans as the ongoing investigation by the Autorité des marchés financiers - the Quebecian securities regulator - pushed on.

Amaya’s rebranding announcement has come at a time in which Hong Kong executive Hao Tang is increasing his stake in the Canadian firm with each passing day. Tang holds over a decade of experience in investment banking, asset management and mining enterprise management, and currently holds a 15% stake in Amaya. In July, Tang acquired a further 4 million shares in the firm for a consideration of $88.9 million.

It is also important to note that Mr Tang appears to be the man behind Goldenway Capital, which was revealed to be one of the firms that financially backed Baazov’s failed bid to acquire the company back in November last year.

Furthermore, Tang also began purchasing Amaya shares soon after Baazov sold 7 million of his own shares in March, followed by a further 12 million in April. Considering this, it seems that Goldenway Capital’s interest in acquiring Amaya has not been dampened after Baazov’s failed bid.