Over the past few years, surveys and data trackers have shown that more and more Canadians are using smartphones and tablets. What is even more interesting is Android and iOS are almost neck-and-neck when it comes to market share.

This is a very different scenario to many other countries where one or the other operating system undeniably dominates the market. 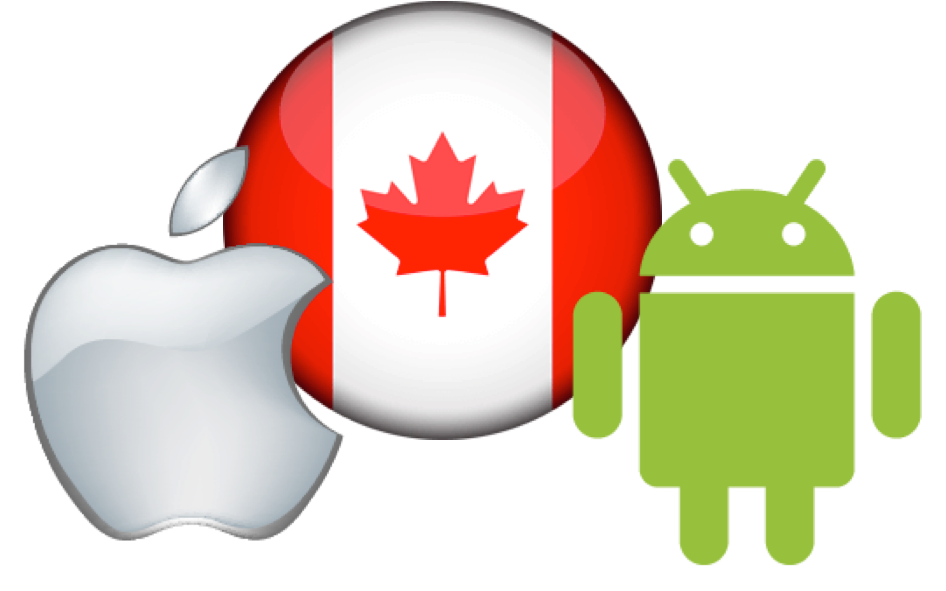 Various surveys suggest that between 24 million and 28 million Canadians are wireless subscribers. The number of subscribers grew by 5 percent between 2013 and 2014, and that number continued to swell over the years that followed.

Of those millions of subscribers, more than 80 percent have smartphones. It was also revealed that almost 10 million tablets had entered the market.

To put this in even greater perspective, roughly 4 out of 5 Canadians use smartphones. Such devices are most popular among those in the 35 to 54 age group, of whom 37 percent have smartphones.

A surprising finding was that, in addition to using mobile devices to make and receive calls, browse the internet, pay bills, and shop online, more than 30 percent of Canadians used their devices to watch TV, or while watching TV.

A growing number of mobile device users also use their devices for gambling. Almost every online casino now has a dedicated mobile platform that can be accessed in browser, and many also offer Android and iOS apps.

As far as which mobile operating system comes out tops, the answer is not as clear as some may think. It depends on whether the mobile devices in question are smartphones or tablets.

As far as smartphones are concerned, approximately 44 percent of Canadian users have Android devices, while 37 percent have iOS devices. The remaining users have Windows or BlackBerry devices.

When it comes to tablets, however, the roles are somewhat reversed. Only 37 percent have Android tablets, while 55 percent have iPads.

For now, though, Android remains in the lead, but not by far. The market is a competitive one, and the future may hold more than a few surprises.