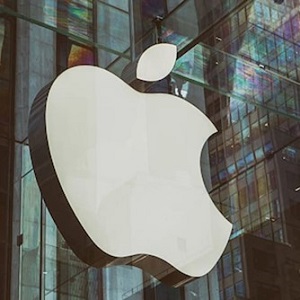 As Apple grabbles with legal battles related to in-app purchasing, the brand has been credited with getting the mobile casino industry to where it is today. As a fundamental pioneer of technology in the online space, some say that Apple’s original free-to-play mobile games helped to promote the in-app purchasing model that much of the iGaming industry relies upon so heavily today.

Apple’s innovate iOS technology was the first to introduce to the market free to download games that supported in-app purchasing through rapid transactions. Of the top 200 grossing games in Apple’s play store today, 199 of those have only reached that status through small transactions made through in-app purchases. Today, in-app purchasing is a fundamental part of many of the world’s top mobile casino games.

However, it’s a model that governments and regulators are working hard to battle to against as they say that this capability exploits vulnerable players by creating competition based on temptation and rewards.

In fact, the in-app purchasing model has put Apple in trouble in the past due to how easy it is for children to spend money in free to download apps. In fact, the 2013 Loot Box controversy, which shook the online gaming industry, saw Apple settle a class-action suit with parents who accused of Apple of such. This was closely followed by a similar case for $32 million with the FTC and earlier this year another lawsuit was filed. The latest lawsuit accuses Apple of encouraging children to enter into addictive gambling behaviour through enticements and disputes the legality of in-app purchases for digital awards.

Growth For The iGaming industry

Even though Apple has now required that online gaming codes match iOS native technology it cannot be disputed that their early technology led to the growth of the mobile casino industry as we know it today. And it’s a path of growth that looks set to continue. A recent report published by world leading market research firm, Research and Markets, expects a 12% year-on-year growth for the iGaming industry over the next seven years, representing a figure that equates to around $130 billion.

This growth, the report says, is largely due to easier access to mobile casino apps through smartphones as internet access around the globe increases and the cost of mobile devices subsequently decreases, leading to an increased reach for the online gambling industry.