AR Casino Games Could Still Be A While Away 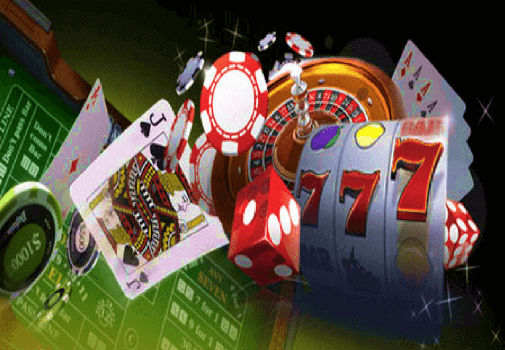 Experts around the world are hailing augmented reality (AR) casino games as the future of the online gambling space. When millions of players made the move from land-based casinos to traditional online play, they gained convenience – but sacrificed an authentic casino atmosphere in the process.

AR casino games may help to remedy this, by offering the same dynamic atmosphere that many players miss, and perhaps even more. After all, the limits of AR games are technically infinite, and with so many AR/VR ready headsets on the market today, it would make sense that the casino industry would be packed full of AR casino games to take iGaming to the next level.

AR Technology Could Be Better Suited To Land-Based Casinos

Of course, this begs the question: why haven’t AR casino games started hitting the market yet? In November last year, a dynamic debate between three industry experts at the 2016 EiG Expo took an in-depth look at the practical application of AR in the online gaming realm.

Tech moguls from Apple, AppReal and Alea noted that while AR may have incredible potential, the nature of the iGaming industry is ultimately conservative when it comes to introducing new innovations. The three experts warned that a distinction must be made between AR – in which virtual images are superimposed into the real world – and VR, in which players are completely immersed in a virtual space.

Tomic, a developer in the virtual reality slots industry, felt that virtual reality is more compatible with iGaming, while augmented reality would be best used at land-based establishments to notify players of big wins in the vicinity or new gaming machines to try.

As for VR, all three experts agreed that the technology still has a long way to go. VR app and game restrictions from tech behemoths like Apple are expected to be lifted soon, with talks of Apple Pay integrating with gambling apps in the near future also being highlighted. However, the experts feel that virtual reality will have to be much more immersive than it currently is to claim its spot as the ‘next phase of the internet’ after mobile.

In terms of augmented reality, AR casino games may still be a while away from becoming a reality for real money players. AppReal CTO Aviram Eisenberg noted that for real money AR casino games to be in any way successful, they would have to join forces with the social gaming sphere in order to take full advantage of the technology at hand.