AR Casino Games May Still Be A While Away 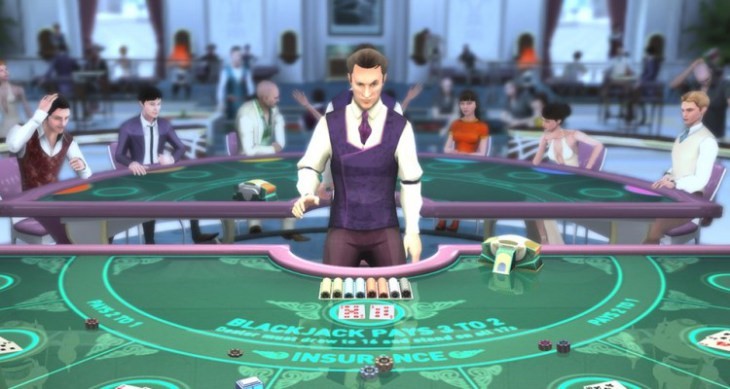 The iGaming industry is abuzz with mentions of sophisticated virtual and augmented reality gambling software. Experts across the globe have hailed AR games as a breakthrough in the world of real money gaming, offering something different to the norm while preserving the lifelike nature of land-based gambling.

It’s no wonder, then, that many players are surprised at the current absence of AR casino games on the market. While there are technically very few limits to what AR technology can achieve, it seems counterintuitive that casinos haven’t capitalised on the new innovation to draw in more players, especially those who already own AR/VR headsets.

However, industry experts are speculating that AR may have quite a while to go before it’s ready for the mainstream gaming space.

Believed that AR Would Be Better In Land-Based Casinos

Last November, three iGaming experts at the 2016 EiG Expo enjoyed a high-paced debate on the very subject of why AR casino games have yet to begin appearing at online casinos. The experts also delved into the topic of practical applications for the technology in iGaming.

The tech professionals from Alea, Apple and AppReal agreed that while AR has exceptional potential in gaming, the iGaming industry is conservative about introducing new gimmicks which it is not completely sure will bring in profits in the long term.

The experts also highlighted that an important distinction must be made between virtual reality games, in which players are totally immersed into a virtual or digitally created world, and augmented reality, in which digital imagery is simply featured as a part of their real-world surroundings.

Virtual slots developer Tomic pointed out that VR is far more compatible with online gaming overall, seeing as it provides an opportunity for players to become totally immersed in their chosen games. AR, on the other hand, has more practical applications in land-based casinos – to notify players of new slots machines, big wins at gaming tables, or provide tutorials on how to play new games, for example.

All three professionals agreed that VR/AR technology still has plenty of development to be done if it is to truly compete in the iGaming industry. Apple may even lift its restrictions on VR gambling apps in the future. Regardless, all three tech moguls noted that VR casino games must be much more realistic and engaging if they are to mark a new era of gaming.

For the meanwhile, AR casino games may still be a few years away from hitting mainstream casino sites. CTO of AppReal, Aviram Eisenberg believes that AR games will need to join forces with the social gambling movement if they are to meet the full potential of their software design.