Baidu Partnership Could Be Dawn Of A New Era For PayPal 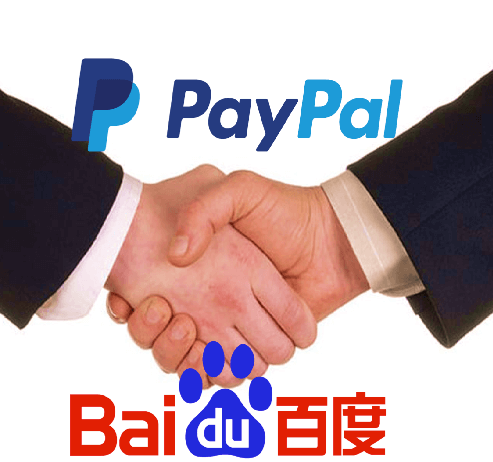 PayPal has been one of the world’s most popular eWallet options since it was first established in 1998. Offering flexible deposits and withdrawals in a secure environment, it didn’t take long for entrepreneurs, shoppers, and even online casino players to adopt PayPal as their payment method of choice.

Now, PayPal has appeared in news headlines once again by continuing its strategy of expanding its presence in the realm of mobile business. The company has recently revealed that it has signed a new partnership deal with Baidu, a financial service provider based in China and focused on serving the Asian market as a whole.

PayPal’s new deal with Baidu will allow the Chinese company’s mobile eWallet users (of which it has over 100 million at present) to make instant payments and withdrawals to PayPal’s selection of 17 million merchants, all using the familiar Baidu service and interface.

The new deal has come as the latest in a series of new partnerships for PayPal, which also expanded its integration with Apple in August and became an official payment option with Samsung Pay. Additionally, the international service provider also signed extended partnership deals with fellow payment service providers Citi and Chase, along with adding instant bank transfers to make it easier for its millions of merchants to sell their goods worldwide.

In a statement released with the firm’s latest financial results, PayPal noted that by signing important and strategic partnerships they are broadening the relevance of their platform and services, thereby significantly increasing their target market.

On the other side of the coin, PayPal’s latest deal has also come as a welcome development for Baidu, allowing the company to rapidly increase its competition among China’s most popular mobile eWallet companies like Alibaba’s Alipay (with 500 million users) and Tencent’s WeChat Pay (with over 600 million users).

The two aforementioned services cover over 90% of China’s mobile wallet market, with an estimated processed total of close to $3 trillion last year alone, according to a report from the UN. Alibaba processed an impressive $1.7 trillion of these funds, compared to a slightly lesser $1.2 trillion for WeChat Pay.

Baidu Competes With Tencent and Alibaba

Both Tencent and Alibaba have recently signed deals with Stripe as well, in an effort to increase the use of their mobile payment systems outside of China. Alipay has even extended its operations to retail outlets in the USA through a new partnership with point-of-sale company First Data. With such fierce competitors to contend with, Baidu is very likely using its new deal with PayPal to fight back and gain its own share of the lucrative local market.

While Baidu will almost certainly benefit from teaming up with global payment giant PayPal, the latter company has aims of its own that ‘going mobile’ could turn into a reality. Recent statistics from almost every tech division have shown that mobile products are the way of the future, and by targeting this rapidly growing market; PayPal could stay relevant as the nature of instant payments changes.

Even online casino brands have seen a massive shift towards mobile play in recent months, with the mobile games industry expected to hit a record value of $40 billion this year. Casinos and sportsbooks are rushing to develop new mobile apps and games to appeal to the new niche, and they are not alone: banking and payment systems like PayPal are quickly realising that they will need to adapt in order to stay afloat.

PayPal’s deal with Baidu could be a highly intelligent move from both sides. By expanding its horizons into the realm of mobile payments, PayPal could be entering the scene at a crucial time in the growth of mobile technology, and the fact that Baidu serves the most heavily populated continent in the world will no doubt work in its favour too.

It is also crucial to have a mobile offering particularly due to the convenience factor for customers. As lives grow busier and mobile devices become smarter, the demand for safe, secure and instant mobile payment methods has skyrocketed.

Considering that PayPal is already a trusted name around the world when it comes to online payments, a mobile offering from this company would likely be widely accepted and could instantly be successful. So, is this the start of a new era for PayPal? Only time will tell, but by moving in to the highly lucrative mobile space, the company has certainly taken a step in the right direction.