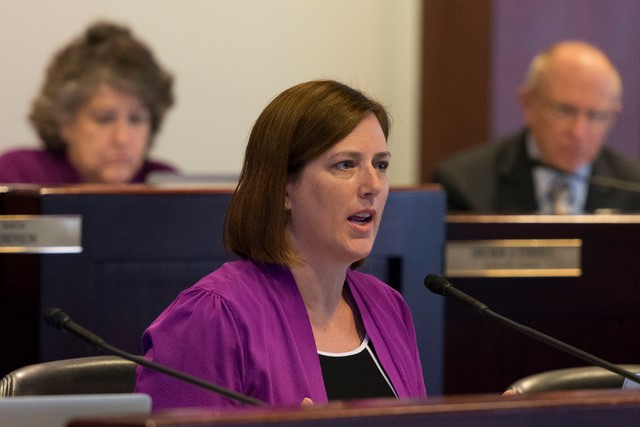 The Governor of Nevada, USA, has now revealed that Becky Harris has been elected as the first ever Chairwoman of the Nevada Gaming Control Board. Harris’ appointment marks the NGCB’s first appointment of a woman to the post since the organisation was established more than 60 years ago.

Harris, a Republican Senator in the gambling state since 2015, has replaced prior Nevada Gaming Control Board Chairman AG Burnett in the role. Burnett resigned from his post at the prominent gaming regulatory body late in 2017 in order to pursue an alternate career path, according to a statement from the NGCB on its appointment of Harris.

The board’s newest Chairwoman is also a member of the Church of Jesus Christ of Latter-day Saints, and operates as the National Council of Legislator from Gaming States in the US’s treasurer. Furthermore, she is also involved in numerous additional firms and organisations in Clark County, and brings with her a wide spectrum of business-related experience.

On his announcement of Harris’ appointment, Governor of Nevada Brian Sandoval noted that the state’s gambling regulatory structure is one of the best in the world. He stated that it is thus vital for public servants serving the commission are ‘beyond reproach’ and are capable of making rational and sometimes challenging decisions.

Sandoval noted that Harris has served the Clark County community as an official before, passing legislation that codified the Gaming Policy Committee’s decisions that legalised e-Gaming competitions. These decisions also assisted to prompt innovation in the industry and keeping Nevada at the forefront of new gaming-related opportunities. The governor expressed his confidence in the new Chairwoman, noting that he believes she will handle her new role with integrity and distinction.

Harris herself has also commented on her appointment, noting that her being picked to head up the world’s ‘finest regulatory system’ is a great responsibility. She thanked Governor Sandoval for the trust he has placed in her capabilities, and noted that she is committed to serving her new role with honour.

Harris concluded by revealing that she will miss serving her role in the State Senate of Nevada and working for District 9’s constituents. However, she is positive that her service to the residents of Nevada will continue in her new full-time position at the Nevada Gaming Control Board.