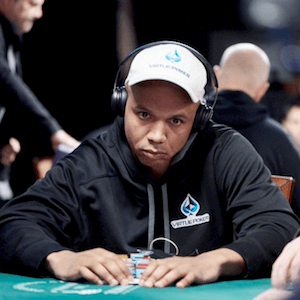 The Borgata Hotel Casino & Spa has finally received approval from Nevada courts to pursue any of Phil Ivey’s assets found in the state. This follows an investigation into Ivey’s assets in New Jersey, of which there are none. Ivey owes the Borgata $10.13 million ex interest for money won illegally at the casino in 2010.

Phil Ivey and his partner Chen Yin were found guilty of breaking contract with the casino when they won millions using a technique called edge sorting. The pair played high-stakes mini Baccarat over several days, exploiting a small defect on the playing cards to win.

Phil Ivey and Chen Yin were ordered to return the winnings in 2016, however neither have done so. As a result, the Borgata applied for permission to docket the case in Nevada. This will allow the company to attach Ivey’s Nevada assets where he is a resident, and believed to own several businesses and properties. It is however well known that Ivey has transferred much of his wealth out of state, to places such as Mexico.

In addition to the suspected assets, it is believed that the Borgata tried to secure any winnings Ivey may have realized in his recent participation in the WSOP. As a leader in the event, Ivey was guaranteed to win at least $75000. Although WSOP’s Jack Effel receipted the service, it is unknown whether the Borgata managed to secure any of Ivey’s winnings. He came in eighth and won = a total of $124000.

The Ivey case was only finalized early last year, however Ivey’s counsel immediately filed an appeal. The Borgata’s counsel filed and received permission from New Jersey courts to docket the case to Nevada in February this year. For reasons unknown, the casino’s counsel waited a further four months before applying for docketing with the Nevada courts.

Permission must be granted by both the New Jersey and Nevada courts to attach the player's assets in Nevada. The official documents lodged with the Nevada court show that Ivey and Chen Yin owe the casino, hotel, and spa $20474992.12. This is, we hope for Ivey’s sake a transcription error, which will be corrected.

Phil Ivey has won 10 WSOP bracelets, in addition to a number of other Poker titles. The player recently folded after 51 minutes of play in the $10000 WSOP main event. Some believe this was to prevent the Borgata from claiming any more of his winnings, but has not been confirmed.