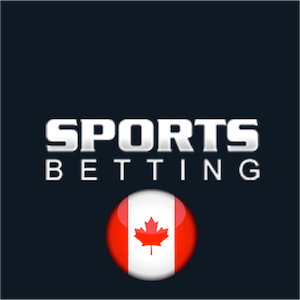 Indications are that Canada will soon follow in the footsteps of its close neighbour, the United States, and legalize sports betting. The legalisation process is expected to be set into motion within the next couple of years, if predictions made by Harley Redlick of the Toronto Sun, are anything to go by.

Redlick is of the firm opinion that Canada will have to make this move in order to safeguard its economy as well as revenue income generated from casinos, not to mention the many jobs held by casino employees. The main reason for this is that players will simply cross over the border into the US to engage in all of their favourite sports betting activities, now that the US has legalized sports betting.

Redlick has referred to Canadian laws governing gambling activities as being old fashioned, and has said that this is creating a lot of conflict, especially when considering the country’s very relaxed stance with issues like recreational drugs and the like. He also said that the consequences of Canada’s failure to review its gambling laws could be dire, especially considering the prevailing situation in the United States, and that this could very likely cause a financial gulf to open up between the two countries. A situation that would by no means be ideal.

Canada’s criminal code stipulates that governments are within their means to run lotteries but that betting on a single sporting event constitutes an illegal activity. The Ontario Lottery and Gaming
Corporation in Ontario do allow Proline and sports betting, but only on multiple parlays. What this means practically, is that a bettor wishing to gamble on the outcome of a Stanley Cup game in Canada, is obliged to also make a bet on an additional event or outcome, thereby decreasing the bettor’s chances at winning by considerable measures.

Redlick concluded by saying that it was a crying shame that Canada was always looking to the US as a compass in order to do what was right in the first place, and that the country did not seem able or willing to do the right thing of its own accord.

The Canadian Gaming Association shares in the sentiments of Redlick. The Association has been involved in two separate previous attempts to amend the criminal code in order to allow for betting on single events.

The Association has said that America’s move towards a more liberal approach should be a firm indication to the Canadian government that it should follow suit.