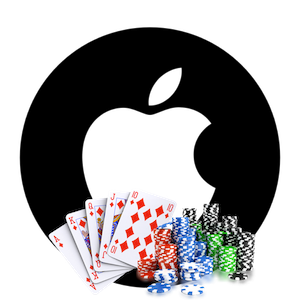 Apple has released an annual activity report for 2018 specifying various actions taken by the corporation throughout the year. The journal is made public as part of a company-wide transparency policy, based on the concept that nothing covert ever occurs under the Apple Umbrella. What made this particular report interesting is that it revealed, for the first time, a list of government requests for the banning of specific mobile apps.

A total of 80 of these ban requests were issued to the mega-corporation over the course of the year, each calling into question up to 100 iStore products. But what stood out was that the majority of the requests came from China. The apps pointed out by the country were mostly guilty of gambling related violations, and almost every request resulted in the offending content being taken down.

According to the report, of the 80 software removal requests made, 75 resulted in the banning of an offending app. The Chinese government was responsible for 56 of the total 80, making them the most active country by far in this regard.

Apple rejected only one Chinese submission outright, disputing that any regulation breaches were occurring. Another request was partially challenged, but ultimately resolved with the software being banned.

Additionally it was revealed that virtually every app called into question by the Chinese government was related to gambling in some way. Even most of those that were earmarked for removal due to pornography content had a casino game front, offering the offending images via covertly hidden internal links.

Other Countries Not Far Behind

But of course it wasn’t just China that had a bone to pick with illegal software. Russia made 10 submissions, 9 of which were approved. Vietnam made 3. In Europe; Austria, Norway and Switzerland each made a single submission.

The campaign to crack down on harmful software has been met with universal praise. But it has not been without problems. A wave of outrage was heard in China in August 2018, after Apple made widespread mistakes. Some mobile users received push notifications for months after content had been officially deleted. In another case the wrong products were removed from the iStore, enraging some legal operators. But most agree that these errors are minor in the face of the overall progress made.