Cosmetics Company In On Casino Scam 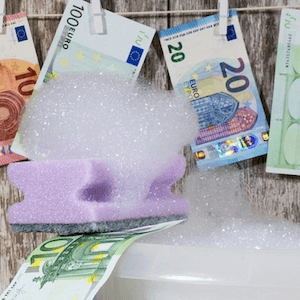 This will not be the first time that Silver International makes it all the way into casino news headlines, and it certainly won’t be the last. The casino industry is, after all, a favourite playground for disgraced business owners Caixuan Qin and husband Jian Jhun Zhu. Rogue operators are often too happy to agree to the handsome kickbacks offered by those who are desperate to launder their ill-begotten funds.

But recently, a very unlikely player is said to have entered the game. Vancouver-based cosmetics distributor Ritzy Product is now suspected of having been responsible for the washing of millions of dollars worth of filthy money on behalf of Silver International.

It’s hard to imagine that a seemingly innocent-looking cosmetics company is in any way connected to crime-infested Silver International, but the Vancouver Police Department has discovered various links between the two entities, and it now appears that it is indeed so that there is a connection.

Information linking the two entities was obtained almost as a by-product to Project Trunkline; a large-scale investigation probing drug trafficking, money laundering and other fraudulent activities to which Silver International is reportedly connected.

More investigations soon followed and under-cover police officers were tasked with following some of the employees of Ritzy Product around to try and establish exactly how the company functioned. What struck the officers as very odd was the fact that the employees were mostly in charge of moving around boxes allegedly filled with cosmetics-orders, on their way to satisfied customers. A large Vancouver-warehouse proved to be the perfect location to be used as a distribution plant.

Mr. Wong Is The Missing Link

Up until that point, it was still near impossible for police to come up with sufficient evidence that the company was moving more than make-up and anti-ageing creams. That was until a certain Mr. Wong showed up at the warehouse. Mr. Wong acted in such a manner that police officers were immediately suspicious of his motives.

Mr. Wong proceeded to load a number of the containers into his vehicle, at which point police decided that the time to close in had arrived. They did not allow Wong to get very far before they pulled him over.

What they revealed probably surprised them more than what they had initially expected, as what the boxes concealed wasn’t beauty products, but more than CAD$215,000 in cold hard cash!

But how exactly does any of this link Ritzy Product to Silver International? Thanks to well-positioned CCTV surveillance cameras outside of the offices of Silver International, police have in their possession visual footage of Mr. Wong entering the rogue corporation’s offices; with bags and containers in hand and in tow.