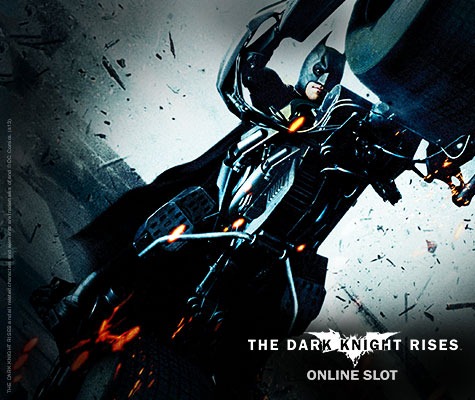 s a case of bye, bye Batman for slots fans, as Microgaming has announced that they will pull the plug on both The Dark Knight and The Dark Knight Rises on Monday the 27th of June 2016. The respected Isle of Man based game developers have decided to retire these 2 slots and are moving forward with several other new and exciting releases.

Although there has been no official statement as to why the games have been discontinued, it has been said that Batman has decided to renounce his old life and is heading into the country, where he could live quietly. He was ready to be far away from bad guys and damsels in distress, and that he was content to be surrounded by birds, rather than trying to save Gotham at every turn.

The Dark Knight and The Dark Knight Rises were both released to tie in with the smash hit DC Comic movies with the same name. As licensed slots games they featured cut scenes, the cast, and music from the motion picture and were both visually spectacular.

The Dark Knight was released in 2012, and was followed a year later by The Dark Knight Rises, and both games attracted a massive amount of attention worldwide. Their graphics were cutting edge, the game play was smooth and in typical Microgaming style they both boasted enhanced features and special bonuses that were imaginative and potentially very rewarding.

Both of these Batman themed online video slots were based on the 243 ways to Win format, rather than having traditional paylines. The first game, The Dark Knight, also formed part of Microgaming’s Progressive Jackpot network, which is the biggest of it kind online. Several players really struck it lucky playing The Dark Knight, and the largest win in the game was a whopping $5.8 million. The follow up slots sequel was non-progressive, but with a jackpot of 7,500 coins, it was also rather lucrative.

It is not the first time a licensed online slots game has been discontinued as Microgaming also cancelled its Lord of the Rings series after letting it run for a few years. Players need not fear however, as there are plenty of other top quality titles available from the developer, and new releases such as Ninja Magic, Reel Spinner and Shoot! are set to offer action, entertainment and big wins aplenty.

If movie-themed slots are your thing, then dont dispare, as Microgaming have some other great titles that you can enjoy!