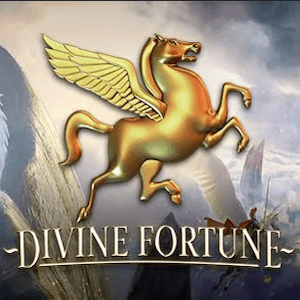 Pennsylvania has only had access to online slots since the summer of 2019, but already players are gravitating towards one game in particular. Namely Divine Fortune, created by widely acclaimed developer NetEnt. The title has quickly revealed itself to be a player favourite, though there is little question as to why. One lucky player in Lititz has managed to walk away with $278,430.23 in his pocket.

Divine Fortune is a progressive jackpot game, with the Mega Jackpot feature offering enormous payouts to the lucky few. In this case, the player, who wanted to be referred to only as Andrew, struck it big off a bet of just $1. It was at the PlaySugarHouse that he found his fortune, which is the digital gambling venue operated by Rush Street Interactive. Rush Street Interactive is the online division of local operator Rush Street Gaming.

Two In One Week

According to a spokesman for Rush Street Interactive, this isn’t the first time that Divine Fortune has paid out in the six figure range. In fact, it turns out that this is the second time the online slot has handed out a big win in just one week. The first instance of hitting the Mega Fortune occurred on Sunday, and the New Jersey player on this occasion had an equally as impressive payout; $278,802.58.

A closer look at the game reveals that it is a relatively standard title. It operates on a 5x3 grid, utilising 20 fixed paylines. Though, given that it comes from NetEnt, who are known for their focus on outstanding quality, the game does stands apart in terms of visual presentation.

The theme of the online slot is the exuberant luxuries of ancient times, and it is brought to life in stunning artistic detail.

Fuelled By Self Isolation

Of course, the surge in online casino popularity isn’t spontaneous. The United States, along with many other countries in the world, has had COVID-19 social distancing measures put into place. As a result, the iGaming industry has reported a major increase in business.

Mattias Stetz, chief operating officer at Rush Street Interactive, commented on the situation. He explained that he is aware of the hardships that many are undertaking, but is pleased that his iGaming division can still provide entertainment in the form of online slots. He concluded by pointing out that, even with small wagers, players could ultimately walk away with a life changing jackpot win.