To employ a terrible pun, at face value, Facebook is a reasonably safe online site. Built-in security safeguards and data encryption are constantly being propagated wherever you turn and stories of police investigations gone awry because of the powers that be at the social media site’s head offices’ refusal to release information without a formal order of court permeates reality crime television shows.

But, despite all of the hoo-ha, breaches in the safeguarding of users’ information do occur, as is evident from incidents such as the recent misuse of data allegations against the social media giant. Creator and owner of Facebook, Mark Zuckerberg, has offered up a statement of some sort, but has stopped short of a formal apology or any sort of ownership of the problem, whatsoever.

Zuckerberg seemed to dismiss the breach as a simple issue of trial and error, saying that mishaps do happen and that everyone makes mistakes.

According to various investigations, the data leak occurred when a third-party quiz application was given too much access to users’ information. This information was reportedly sold to a company known as Cambridge Analytica, who according to investigative reports used the information in order to promote Donald Trump’s presidential campaign.

The basic premise is that if sufficient information regarding the tendencies and habits of users can be obtained and analysed in an effective way, those users can then be swayed and influenced to think and respond in a specific way relating to various social and political issues.

This is not the first time that Facebook has been under fire regarding presidential campaigns. The company has faced intense criticism in the role that it had played in the 2016 elections as well as the involvement of Russian influence. Whether this was done wittingly or unwittingly is not the issue at hand, but rather why security measures failed users and made the breach in privacy possible in the first place. 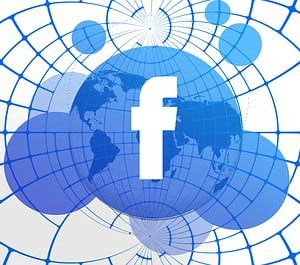 The world is currently navigating waters of uncertainty regarding the proper and improper use of technology and people are on edge about all things information and privacy. Unlike entities like banks, payment processors or online casinos that deal with real money and have very strict policies, social media regulations are far more lax. This only serves to intensify the magnitude of the crisis that Facebook is currently up against. The social media giant has not had to deal with a backlash of this size and extent since its establishment in 2004.

The media – including the New York Times, the London Observer, and Britain’s Channel 4 – last week informed Facebook that Cambridge Analytica had not, as previously assumed, deleted all of the information that it had gleaned via the personality quiz app. Facebook subsequently proceeded to ban the political consultancy firm as well as the creator of the quiz app, one Aleksandr Kogan.

However, it would seem as if Zuckerberg isn’t handling the situation with the necessary care and caution, as Facebook representatives have in the interim confirmed that the company was currently involved in discussions with Cambridge Analytica and that lifting the ban wasn’t completely out of the question. Zuckerberg confirmed the information, saying that a final decision would only be made after such time as a proper and conclusive investigation had been performed. The general idea of the statement is that, in the event that a forensic audit proved that the company had not been guilty of any misconduct, it would be allowed full access to Facebook once more.

Whatever Facebook’s final decision regarding the future of its relationship with Cambridge Analytica, the entire debacle has given rise to calls for more intense regulation of Internet companies such as Facebook.

The passage of the recent amended bill on the combating of sex trafficking may prove to make the world even hotter for social media operators. Facebook and other interested parties have been trying to fight the passing of the new bill for going on a year, but have now eventually dropped their arguments.

Many lawmakers are of the firm opinion that Zuckerberg is merely dancing around the real problem, which is that the handing out of users’ date is what makes Facebook such a roaring success in the first place.

This is very much an integrated part of Facebook’s business model and is by no means an isolated affair. Now, a #deletefacebook movement has sprung up, but, it seems that any data a user may have shared while being online remains Facebook’s property, even if a profile is ‘deleted’. The message is clear, Facebook is only as safe as the data you choose to share, so beware of what you post online.