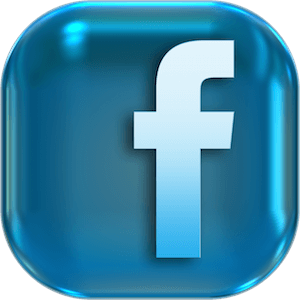 Facebook has announced that it is seeking to take legal action against the UK-based start-up The Spinner for the gambling adverts that it placed on the platform. The social media giant has said that it plans to sue the new firm over these casino-based ad campaigns as they are not appropriate content, and the adverts were placed with little regard as to who would be exposed to them.

The Spinner is a start-up marketing agency that is based in the UK and has numerous gambling operators for clients. The company’s philosophy is premised on subliminal marketing practices and uses tactics that are designed to subconsciously change the way a person thinks. This is done by carefully curating what content the target audience sees when online through adverts on social media and other websites.

Facebook has released a statement saying that the content of the adverts placed by The Spinner is the main issue. In their statement, the social media platform stated that the content violates their online policies. They also stated that The Spinner promoted casino-focused content without regard for who saw it, including children. This is a massive violation of the safety policies in place for Facebook.

The social media company stated further that The Spinner has questionable business practices, clearly referring to their methods of marketing. The large number of adverts with clickbait titles could be considered spam and could have a harmful, negative impact on those who were exposed to that volume of adverts. This type of marketing tactic is not helpful to any safe or responsible gambling programmes, nor does it have any regard for their potential to be exposed to those at risk, especially minors.

In response, The Spinner has stated that they only target their adverts to active players. They use player lists provided by their customers, who are casino or sportsbetting operators, to target their online adverts, even through the likes of Facebook. The aim is to entice existing players back onto the gaming site and to become regularly active players.

The methods have seen some significant results, according to company spokesperson, Elliot Shefler. Players who are exposed to this form of advertising from The Spinner have higher numbers of logins and a higher average spend when playing. The advertising company puts this down to their subliminal messaging tactic of repeatedly exposing players to articles with positive titles about players winning big in a jackpot, enticing that player to a gaming site so that they too could win big.