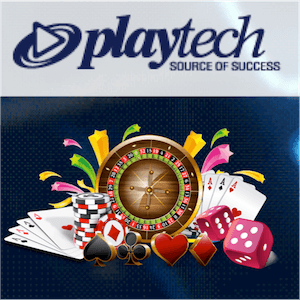 Jason Ader, the American investor and activist, has stated that Playtech needs to distance itself from its founder, Teddy Sagi. He has expressed concern that this relationship has restricted the value of shares, and has actively harmed the company’s plans for expansions in the United States. Sagi, who established the organisation in 1999, recently reduced his company stake to just 4.8%, selling off over 5 million shares, but this isn’t enough, according to the investor. He says the Israeli is still too much involved in the business.

Directors Are Being Contacted

Ader, Co-Chief Executive of the hedge fund SpringOwl Asset Management in New York, has reportedly written to Directors, advising them to axe a 2012 agreement that sees Sagi providing consultative services to Playtech. The original contract sees the founder fulfilling this capacity until he is either no longer a shareholder, or either side of the party has chosen to end the arrangement.

The investor stated that even though Sagi is no longer labelled as a party related to the firm, his on going relationship with it is affecting its performance. In the last year, the developer has seen its share price drop by almost 50% after it was forced to issue 2 profit warnings. The current value of the company currently stands at roughly US$1.79 billion.

The organisation made a move recently to assuage fears over its performance by stating that it looked likely to achieve its full-year earnings targets, and results were posted that saw Q3 being consistent with expectations. It was also noted that its business dealings in Asia are recovering, after suffering a significant decline in earnings from a July profit warning.

It was revealed in August that SpringOwl Asset Management had purchased a number of stakes in Playtech, worth over US$100 million, in a move to increase Ader’s stake to roughly 5%. It was at this point that the investor stated that the organisation need to improve its governance, stock price, and reputation, and there were reports that he was keen to take corporate governance at the company on.

The investor had previously obtained a stake of 5.2$ in bwin.party Digital Entertainment, and tried to appoint 4 directors to its board. After the management team in place at that point resisted, a compromise was reached, and Daniel Silver, an Ader associate, was the only appointment carried out.