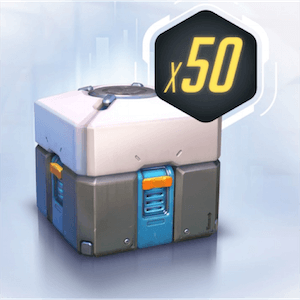 France is the latest country to have been pushed to the point of having had to make a decision regarding the status of loot boxes. Specifically, whether or not they constitute the act of gambling. The French gaming commission, ARJEL, has stopped short of officially classifying them as vehicles for gambling. There is no telling when the matter will be revisited again, especially considering the major controversy that the issue has caused in other countries around the world.

A change in the classification of loot boxes would have a widespread impact on the gaming market in France and the matter would have to be decided on by a large number of French authorities. This was confirmed to be true by Sebastian Schwiddessen, associate at Baker and McKenzie. Schwiddessen recently published an extensive analysis of the contingencies of a situation involving the re-classification of loot boxes by a country like France, on his LinkedIn account.

France is a major role player in the iGaming market and a decision in the affirmative would have a much bigger impact on the industry at large than similar decisions that have been taken by Dutch and Belgian authorities.

No Final Outcome Yet

It must be noted that the French investigation is an ongoing one and, as such, the pendulum could still swing any which way. Dutch and Belgian authorities have taken a stern stance against the in-game feature, and have classified them as a form of gambling. In order for France to follow suit, ARJEL would have to come to the conclusion that loot boxes contain real monetary value, that there is an element of chance as well as a subsequent reward.

These are the provisions of French gambling laws, and ARJEL will be making a final decision based on local criteria. In April of this year, Belgium concluded that Overwatch, FIFA 18 and CS:GO all contained elements of games of chance and as such, the publishers of these games could face hefty fines and even prison time. Needless to say, these titles are no longer being promoted on Belgian soil.

Dutch authorities have now followed Belgium’s example and are in support of the classification of loot boxes as games of chance, and in other words, gambling games. Only time will tell whether France will stick to its current guns or take a similar stance as many other countries.