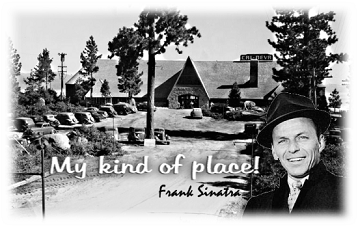 The long-standing issue around the casino once owned by musical legend Frank Sinatra may be about to take yet another turn. The latest potential buyer of the Cal Neva Resort on Lake Tahoe has allegedly threatened to pull out of the deal, creating doubt as to whether the old casino will ever be restored to its former glory.

Federal bankruptcy officials have allegedly warned that the founder of Oracle Corporation Larry Ellison may decide to abandon his deal to purchase Cal Neva, the casino on Lake Tahoe situated between California and Nevada.

The purchase, which would reportedly be worth around $35.8 million, has now been delayed for well over a month. According to local media reports, these delays may be wearing billionaire Ellison’s patience thin, which could lead him to drop the deal entirely if authorities do not relent.

The historical 91 year old casino on Lake Tahoe’s northern shore was officially closed in 2013 and has been shuttered since. The venue is now in need of extensive repairs and refurbishments before it is ready to receive players once again, according to local media.

The casino resort’s latest owner, the Criswell Radovan development firm, was recently in the process of completing a refurbishment to the tune of $49 million just before the casino was closed. The firm placed the casino into bankruptcy in 2016, having run out of funding to complete the proposed project.

Lawrence Investments, the personal investment vehicle of Ellison, was granted approval from the bankruptcy court this October to purchase the casino and continue renovations. However, just a few days later, the sale was delayed by Cal Neva creditors who began a formal protest. By the end of October, the purchase was stopped completely by a federal judge who wished to hear the protests first.

Cal Neva was first built back in 1926 and was purchased by Frank Sinatra in 1960. It soon became a legendary playground for the musician and fellow iconic artists like Dean Martin and Sammy Davis Jr. However, once an FBI agent found Chicago gangster Frank Giancana at the casino, Sinatra’s license was revoked, and Cal Neva was sold again in 1963.

One official at Tahoe has expressed his disappointment that Ellison’s takeover might not come to fruition. The Regional Planning Agency’s Tom Lotshaw approved the prior plans from Criswell Radovan to refurbish the venue, and lamented the fact that renovations will now be delayed even further, preventing the casino from ‘breathing new life into the Crystal Bay area’.