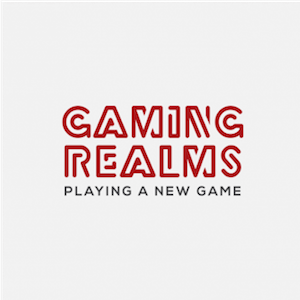 Chief executive officer of Gaming Realms has announced that he is stepping down. The real money and social mobile casino game company has wished him well on his next journey, but stresses that they are still doing well. The departure of their CEO has nothing to do with the status of the company, he is simply seeking a new challenge and felt that this was the right time to do so.

It really has been a good time for Gaming Realms as they are in the process of finalising their figures for the full year of 2019. The company has stressed that they are still positive that they have managed to hit above the expectations of the board for revenue. The mobile casino game developer has stated that they gained good momentum at the end of last year and are happy to see that continue into 2020 so far. The management of the company will also remain stable as the non-executive chairman, Michael Buckley, will step into the role of executive chairman as they search for a new CEO. Mark Segal, chief financial officer, will serve as a support to Buckley during this period.

Over the six years that Southon has been chief executive officer, he has helped steer the company from a predominantly B2C real money gaming company into one that has a flourishing B2B focus. Gaming Realms switched their focus recently and now have a solid casino game development and licencing strategy that sells B2B. With this big change in focus being virtually complete, Southon stated that he felt it was the right time to move onto the next challenge personally.

In his statement, he spoke about how he has enjoyed his time with Gaming Realms and the team he has worked with. He also wished the company well with its bright future. The company echoed this sentiment and thanked Southon for his years of service.

2019 saw Gaming Realms change quite significantly in their operational focus. They signed several new deals that will see them become a seller of casino games and tech to more operators in the coming years. These deals were with top operators such as Buzz Bingo and LeoVegas.

These changes and deals were led by Southon as the company looked to work within the regulatory landscape that has evolved significantly. Buckley commented that the business has been simplified and the strategy for growth is definitely attainable.