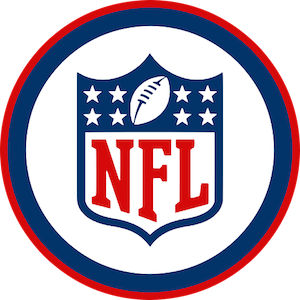 Gateway Casinos and Entertainment Ltd., a casino operator based in Burnaby, has finalised a major deal with the NFL. Under the agreement, the company can now call itself the official National Land Based Casino Partner of the NFL. But only as far as Canada is concerned. Either way, this is still a massive landmark partnership for the establishment, and certainly one they will be celebrating.

Perhaps one of the more significant aspects of the deal concerns the NFL Fantasy App. The MATCH Eatery and Public House, a franchise chain of pubs owned by the organisation, and known for getting their business from being based around sporting events, has been named presenting sponsors of the NFL Fantasy app. This is nothing short of a major publicity boost. But this is only a small part of a much broader partnership.

Gateway Casinos and Entertainment Ltd. now also has access to the NFL trademarks and logo. They are hence allowed to insert the branding into their advertising and other promotional materials, a privilege that most companies only dream about. The specifics of this arrangement extend to all major sporting events, including the Super Bowl, Pro Bowl, and NFL Draft. Though, it should be kept in mind, this advertising is limited to within Canada borders.

Carrie Kormos, Marketing and Communications Officer spoke on behalf of the operator. It was mentioned that the partnership came about as part of the 100-year anniversary of football, and that multiple promotional campaigns were already planned. It was also stressed that venues owned by the corporation were now able to offer exclusive experiences to customers, all of which would have a strong NFL theme.

But, naturally, Gateway Casinos and Entertainment Ltd. will not be the only ones benefiting. David Thompson of NFL Canada made a statement of his own, speaking on behalf of the national football network. The sporting company has long been looking for ways to strengthen their presence in the Great White North, and this is the perfect opportunity.

When the new season rolls in, the new partnered corporations will be hoping that the MATCH Eatery and Public House chain will be first on sports fans minds. If this is true remains to be seen, but there is now question that Canadians are in for a uniquely branded 100 anniversary football season. Things get started on August 22nd with an official Kickoff Party and will only get better from there.