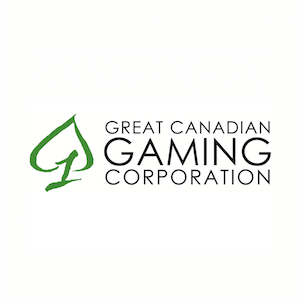 The Great Canadian Gaming Corporation (GCGC) is looking to expand its casino footprint across British Columbia and Ontario even further. This comes shortly after the company praised its continuous development and growth amid solid financial results in the final quarter and complete year of 2019.

Speaking about the firm’s planned expansion, CEO Rod Baker has highlighted continued progress across Canada. The Pickering Casino Resort’s construction is expected to be complete by the end of Q1 2020, and the property’s entertainment and hotel venues are set to be launched later this year.

Progress on the expansion of Casino Woodbine, the Great Blue Heron Casino Hotel, and West GTA has also been lauded, and the firm is now exploring reinvestment opportunities in casinos across the BC and Atlantic Canada regions. This territory includes the provinces of Newfoundland, New Brunswick, Labrador, Nova Scotia, and Prince Edward Island.

Revenues on the Rise

According to Baker, Great Canadian plans to continue making capital investments to enhance its BC properties over the next few years. He says that the firm remains committed to seeking opportunities to enhance casino guests’ experiences at all of its best casinos in Canada.

These expansion goals have come as the company reports increased revenues of 8% and 15% for Q4 and the full year of 2019, respectively. Q4 revenues grew to $357.4m, while full year revenues reached $1.35bn for the period in review. Great Canadian has attributed these increases to its expansion of casino gaming and non-gaming facilities at its Ontario properties.

Adjusted EBITDA for the final quarter of 2019 grew 29%, reaching $152m for the period. The firm’s yearly performance finished up at $557.3m, up 20% for 2018’s result of $466m. Attributable to the impact of IFRS 16, the new lease accounting standard implemented at the start of 2019, the aforementioned increases in Ontario served to balance out higher operating costs from expanded operations in the province.

In December of 2019, the CEO said, his firm successfully signed on its new COO Matt Anfinson, who brought the experience and skills needed to optimise operational opportunities at current casino facilities. Baker is also pleased with GCGC’s efforts to enhance its capital structure as it tackles a busy new year.