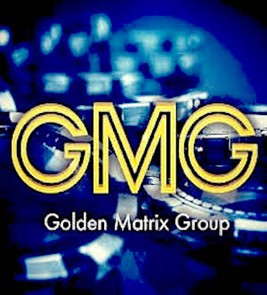 Online casino studio Golden Matrix, based in Nevada, have officially signed a software agreement with Playtech. Together the companies are aiming to increase their presence in eSports, an industry that is quickly significant gaining traction around the world.

In more detail, the arrangement dictates that Playtech now has exclusive distribution rights for new software created by Golden Matrix. The software, which is based around peer-to-peer technology, provides an intuitive eSports betting solution.

Additionally, the developer’s highly acclaimed AI player retention software is also being included in the deal.

But it isn’t just the eSports software and AI systems that are being included. Playtech will also be receiving rights for the developer’s vast range of online casino content. This includes an extensive range of slots, digital table games such as Poker, Bingo titles, and Live dealer games. Though, in the case of the games, the arrangement is not exclusive, meaning that other companies may also distribute the software in separate partnerships.

Either way, it seems as if these 2 respected corporations in the iGaming industry are in it for the long haul.

Golden Matrix chief executive officer, Brian Goodman, made a few comments. He first declared that the partnership, which was with one of the online casino industry’s most respected technology experts, represented a major milestone. He went on to point out that, through the now newly established distribution channels, his company’s content would be reaching a wider audience than ever before.

Some of the new audience will be players in the United States, he concluded, which is one of the fastest growing, and most lucrative markets in the world.

Mor Weizer, Playtech chief executive officer, shared a few thoughts of his own. He explained that his corporations growing success has been achieved via a very careful strategy, namely, establishing key partnerships with leading specialists in the online casino industry.

He continued by stressing that the arrangement was just the first step in a much bigger plan, and that the launching of eSports focused betting software would propel the company into a much broader strategy. His conclusion was that, above everything else, expansion was always key, and the latest arrangement had made excellent progress in that regard.

As significant as this latest collaboration is, it isn’t the only big move being made by Playtech. The corporation also recently partnered with Austrian Lotteries, proving that the expansion plans truly are a global effort.