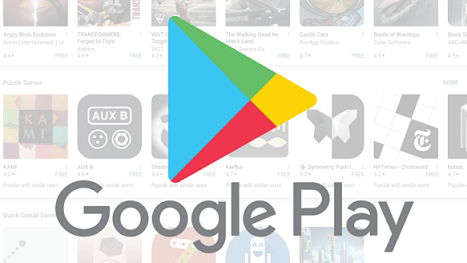 Following worldwide rumours, internet giant Google revealed several weeks ago that it would be partially removing its ban on real money gambling applications being featured in its Play Store. The multinational company announced that it is now allowing developers to list their gambling apps on the Play Store, provided that they are based in the UK, Ireland or France.

According to Google, all qualifying gambling apps must pass a strict application process before they are released. Apps must meet the requirements listed by Google’s content policy page, and developers looking to list their apps at the store must prove that they hold valid gambling licenses in the intended countries of release.

Google’s decision to lift the real money gambling app ban has enabled app operators to begin offering their mobile casino and sports betting software with country-specific Play Store access. The apps in question must be free to download and install, and many such apps have already been made available in the three countries in which they are now permitted.

It was in 2013 that Google banned real money gambling apps, noting that there was no true way to verify customers’ ages when they downloaded and gambled using applications from the Play Store. To date, the firm has not revealed plans to overcome this issue, despite its choosing to lift the gambling app ban in a few European territories.

The fact that Google has begun to permit real money gambling apps has signalled changing times for the gambling industry. The mobile division of iGaming is the fastest growing vertical in the industry, and now that the world’s largest internet services provider has decided to give real money mobile apps the green light, operators are flocking to make the most of a brand new niche and revenue-generating opportunity.

A number of iGaming operators have flocked to the Play Store to release mobile versions of their casino platforms for Android players. Among them are big local brands like 888, Coral and Sporting Index, which were some of the first operators to release their apps after Google changed its policy.

888 Holdings was the first to add its games to the Play Store in early August, followed by Coral, which now offers its full range of casino games and slots for Android devices through its new Coral Vegas app.

Spread betting operator Sporting Index followed suit on 11 August, releasing its sports spread betting app on the Play Store. The recently rebranded firm is just one of many to have been quick to take advantage of the lifted ban on real money gambling apps, with numerous big gaming brands in the UK, France and Ireland expected to soon do the same.