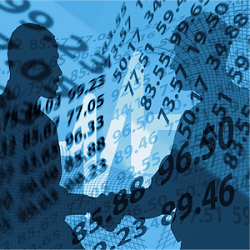 Online casino gaming behemoth GVC Holdings has revealed its agreement on a huge €41.3 million deal that will see it acquiring a majority 51% stake in Georgia-based online gaming operator Crystalbet. Completion of the deal will not be subject to regulatory approval, and is expected to be complete by the end of March 2018.

Under the terms of the new and massively lucrative deal, GVC will purchase the remaining 49% stake in the betting and gaming firm by 2021. The cost of this purchase will be at a valuation of either €150 million, or the lower portion of seven times the firm’s 2020 clean EBITDA results.

Crystalbet, which was founded back in 2011, has already been granted legal licenses to offer a variety of online and mobile gaming products and services. These services include real money casino games, poker, sports betting and even peer to peer games, all of which can be enjoyed by players across the Republic of Georgia’s fully regulated iGaming market.

In its 2017 financial year report, Crystalbet revealed impressive revenues of €34 million for the year, along with an EBITDA (earnings before interest, tax, depreciation and amortisation) of €12 million. The sportsbook and casino brand also posted profits after tax of around €10.2 million.

GVC has since confirmed that the current management team at Crystalbet will be remaining at the company after the acquisition deal is complete. The team will also retain its full equity shareholdings in Crystalbet following GVC’s initial 51% stake acquisition, according to a recent press statement from the multinational operator.

In a statement revealing the purchase, GVC Holdings CEO Kenneth Alexande noted that his firm is pleased to be welcoming Crystalbet and all of its assets to the GVC Group. He added that his company is already impressed with what Crystalbet’s management team has achieved so far, and is looking forward to a successful and profitable future together.

Alexande stated that through access to GVC’s exclusive gaming content, digital marketing channels, and technology, he is confident that Crystalbet will become a leader in the regulated Georgian iGaming market. According to the CEO, the firm’s acquisition is in line with its strategy of becoming a true global iGaming leader, with a major focus on regulated gambling markets.

CEO of Crystalbet Koba Giglemiani also added that when his firm was first looking for an acquirer to elevate the sportsbook’s operations to the next level, GVC was its first choice due to its experience and strong reputation in markets across the globe. According to the CEO, Crystalbet is very much looking forward to becoming a part of GVC in the near future.