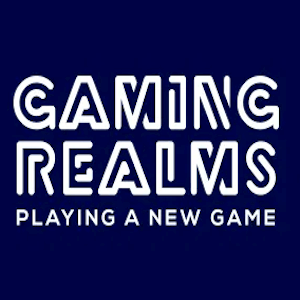 Mobile focused iGaming developer Gaming Realms have secured a major casino licensing partnership with Hasbro. Hasbro is, of course, the mega-successful global entertainment firm, most known for creating a wide variety of children’s toys, most recently in conjunction with Marvel.

According to the partnership, Hasbro will be granted exclusive rights to act as a licensing agent on behalf of Gaming Realms, more specifically in relation to the Slingo casino brand. The entertainment company will go about identifying licensing opportunities for Slingo, and should an opportunity arise, they will also negotiate the deal on behalf of the developer.

In other words; the developer will be contracting the entertainment giant to help expand their licensing horizons.

Upon the announcement being made, there was some confusion, given the reputation of Hasbro being a children’s toy focused organisation. But this aspect was quickly clarified. As it stands, the entertainment firm is ranked as one of the top 6 in the world, in regards to licensing deals and similar arrangements. They have worked repeatedly on behalf of industry giants around the world, helping them extend their reach, as far as licensing opportunities are concerned.

Some of the other companies to have worked with them include Ubisoft, Electronic Arts, Scientific Games, and Scopely.

Speaking on the new arrangement with Gaming Realms, senior vice president of Hasbro, Mark Blecher, shared a few thoughts. He explained that the company would be pleased to provide their expertise with license arrangements on behalf of the developer. He also stressed that, given how impressive and expansive the Slingo casino brand already was, there would be plenty of opportunities, ensuring a bright future for the studio as a whole.

Executive chairman at Gaming Realms, Michael Buckley, made a few comments of his own. He first explained that it had been the entertainment giant’s incredible reputation that convinced him a partnership was warranted. Though, he noted, it would not be the first time the two companies had joining forces.

He went on to declare that expansion into new markets was key to his company’s current strategy, and that the now finalised partnership was a big step in the right direction. Though ultimately, Buckley concluded, Gaming Realm’s was firmly focused on creating the best casino content possible for players, and that presently it was just a matter of getting that content into new hands, in all regulated markets around the world.