Highlights Of Planet Of The Apes Slot Revealed 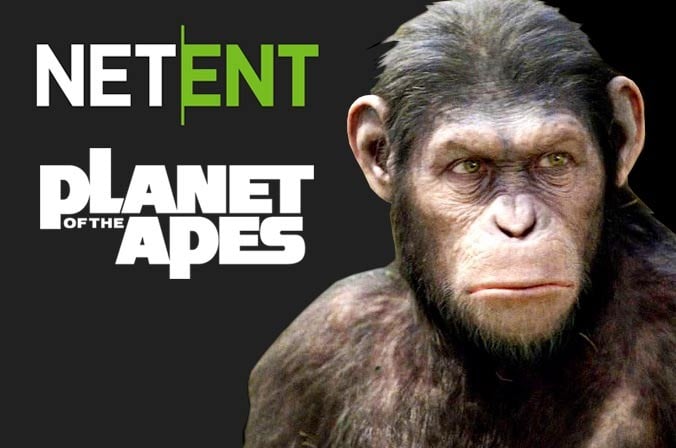 NetEnt’s latest slot game, Planet of the Apes, is already creating a storm of interest among players around the world. Set to be released later this year in October, the new NetEnt creation will be based on the hit sci-fi blockbuster of the same name, after the Swedish developer inked a deal with 20th Century Fox to create the exclusive branded slot.

A sneak peak of the new game has recently been released, revealing some of Planet of the Apes’ best highlights. The online slot is actually two games in one, with NetEnt combining two of the three movies in the original trilogy to create their latest real money game.

Interestingly, instead of offering a single slot machine packed with two meshed themes, NetEnt has actually created the Planet of the Apes slot as two separate reel sets in the same game. The developer has described it as ‘the Rise and Dawn play areas’ – each of which has 5 reels, 3 rows, and 20 fixed paylines.

An eye-catching feature of the new slot is undoubtedly its wealth of five bonus features. So many bonus features and two separate games would normally force players to pay more per spin, but in Planet of the Apes, spins start from just 0.20 each, and each reel offers its own unique bonus features.

Planet of the Apes also offers an impressive max cash prize of 600,000 coins when playing at 200.00 per spin – that’s a generous 3,000x players’ maximum bets! NetEnt has engineered their latest slot for compatibility with a wide range of Android and iPhone devices as well, allowing every Canadian mobile player to get in on the action this October.