How the Digital Backlash is Shaping Our Lives 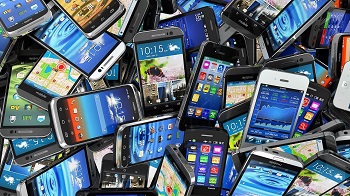 It’s really no secret anymore that the world is changing, and becoming far more digitised. There are countless articles dedicated to Virtual Reality, Big Data mining, the Internet of Things, Artificial Intelligence, and other ground breaking technological advances.

Aside from the purely digital strides that are being made, social media seems to be playing a huge part in shaping the way human beings think, feel and interact with each other. We’ve seen a huge influx in cyber bullying over the last few years, fake news is on the rise, and small events that would have garnered little attention in the past now seem to echo around the world.

All in all, looking only at what could go wrong if we assume social media platforms and other technological developments will continue developing as they are now is enough to make anyone feel anxious and depressed. The good news, though, is that there is a serious chance that it won’t. The reason? Two words: Digital Backlash.

What is the Digital Backlash?

A quick Internet search doesn’t yield a simple definition of what the Digital Backlash is, but it might be best described as a disillusionment with, or possibly even fear, of any aspect of the connected digital world. The phrase was being used as early as 2000, to describe a general sense of disillusionment with technology and the promise that the Internet had once held.

Internet pioneers and early online enthusiasts saw the World Wide Web as a great democratic equaliser, where everyone would be able to voice their opinions and be heard. In some places this has happened, to a certain degree; Silicon Valley is arguably a meritocracy where the only thing that matters is performance and the exchange of ideas. But this involves online and offline exchanges, and the balance between the two seem very important.

Whisperings about the Digital Backlash have been growing louder for some time. Digital marketers and advertisers are already very concerned about how much advertising on searches or social media platforms consumers will tolerate in the future. There are also concerns among many professions, and not just blue-collar workers, that their days of having a job are numbered now that machines can do so many things and are so adept at learning.

Ultimately, though, the Digital Backlash may be our best hope for reaching a more satisfactory state of affairs. As we reject extreme digitisation, we might be able to find something more of a happy medium. Matthias Horn, an esteemed trend researcher, commentator and predictor based in Germany, describes the way in which all technologies get into a crisis and redeem themselves. The Digital Backlash that is happening now could just be considered the next, and vital, step in the journey of humans and technology co-existing peacefully together. It may seem frightening now, but if we all keep a cool head, according to Mr Horn, there is nothing to really fear.

Horn cites several examples that show that our sense of disillusionment with the current state of technology and the way that it’s run is growing steadily. The age demographic from 25 to 30 is, for instance, using Facebook less. As older adults use the platform more it is used for more benign social connections that enhance life rather than take it over. Google Glass was not successful, and neither were Google Wave or Dodgeball. Plenty of other hardware, software and digital media platform projects have been flops for the digital giant.

In large part the failure of something as ubiquitous as Google Glass is because we as human beings do not want to be disconnected from our natural environment too strongly. As Horn says, there are pockets where Virtual Reality and Augmented Reality are wonderful, for leisure, training and educational activities. It’s fantastic that we can journey to see sights that we’d otherwise never be able to, allow pilots to practice in more situations with flight simulation, and show children how the inside of an engine works when they’re learning about them in school.

While the developments in Virtual and Augmented Reality, among many others, are exciting, Horn feels that much of these technologies have reached its zenith of application, and that people are not going to tolerate much more; the Digital Backlash will keep them in their place and prevent them from taking us over. At the same time, many structures and platforms will disintegrate naturally as individuals stop interacting with them, and the egalitarian hopes of the early days of the Internet can be reignited.

The Potential and Power Rests with Us

Ultimately, perhaps the biggest take-home message with all new technological developments and with the Digital Backlash is that we still hold the upper hand. Horn himself rejects the idea of a talking refrigerator as bogus technology, though he uses a slightly ruder word that also begins with a B, because it is simply not something that people will want to interact with once the novelty has worn off.

In Horn’s own words, the human race is wiser than we ourselves usually believe. As consumers we determine what technology comes through and governs our lives, and we need to take control of that power. Constructive Journalism, for example, is developing as a reaction to the hyper-focus on unfortunate facts and doomsday news that is possible in our current digital climate, and we can make plenty of assertions in how we manage the technology in our own lives too. The Digital Backlash may just give rise to the Age of Digital Equality.