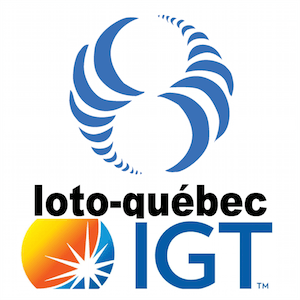 Jay Gendron, the Chief Operating Officer of IGT, has confirmed the news. He noted in a statement on the matter that his company’s INTELLIGEN solution is used by Loto-Quebec to monitor almost 10,000 video lottery terminals (more commonly known as VLTs) in the province, all of which are also supplied by his firm.

According to Gendron, the central management system in question ensures that the operator has complete control of the security, integrity, complexity, and advanced reporting systems of their VLT network. This, he says, will assist in optimizing their operations and driving future growth for their business overall.

According to the IGT official, INTELLIGEN has been built on more than two decades of tried and tested central system experience. It offers safe and stable command control capabilities that have been customized specifically for the VLT gambling industry, and operates with a wide range of terminals using numerous protocols. These include the Game to System (G2S) open standard protocol, which features advanced communication capabilities.

Under the terms of the extended agreement, IGT will supply hotline services for its INTELLIGEN central system, along with distributed game management, complete business intelligence, and proactive diagnostic facilities. In addition to all of these, the company will also be supplying Loto-Quebec with instant lotto ticket vending machines, VLTs, casino slot games, interactive titles, and a tailored Canadian Bingo and Poker Network specifically for local players.

About IGT and Loto-Quebec

Headed up by CEO Lynne Roiter since October 2016, Loto-Quebec is a Canadian provincial crown corporation that conducts lottery and gambling businesses throughout the province. Its headquarters are currently based in Montreal Canada, and have been since the entity was founded in 1969 to supply regulated lotto and gambling games to its residents.

Founded in 1990, International Game Technology (formerly known as Gtech and Lottomatica) is an international gaming corporation that produces slot and lottery machines, among other gaming technologies. The company currently employs more than 12,000 staff members at its head offices, and is headed up by CEO Marco Sala.