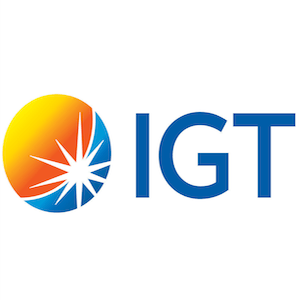 The final figures for International Gaming Technology (IGT) have been released in their financial report. The casino company has officially registered yet another year of decreased revenue despite the efforts they put into reducing costs throughout the business. Total revenue from 2019 was 4.79 billion dollars, which is 1.5 percent less than the 4.83 billion dollars the company brought in the year before.

The two casino markets where IGT took the biggest hit in 2019 were North America and Italy. In the former, the company ended their contract with the Illinois Lottery during the year. The company was also quick to point out that 2018 had been a bumper year for lotteries in the region, and that skewed the data and the averages. The Italian market also created some turbulence for IGT in 2019. The country raised their taxes on gaming machines, which ate into the income for all land-based operators.

In order to mitigate the losses IGT was experiencing, the company said that they looked to cutting down their operating and non-operating costs. In the former, they managed to decrease the amount spent by 0.72 percent when compared to 2018. Their highest costs came from the cost of services, but the business was able to decrease the figure here by 2.9 percent. Research and development, and casino product sales expenses were, however, higher than in 2018, with the latter going up by 12.7 percent.

The company is still happy with their results for 2019 and has seen some positive things come out of a hard year. Despite the upheaval experienced in the casino markets mentioned earlier, IGT is happy with the strong growth shown in both North America and Italy.

Their casino product sales around the world have also grown by over 20 percent. Marco Sala, chief executive officer for the company, commented that they have been shipping far more units globally. In the fourth quarter, they saw a 2.3 percent rise in their international business interests. IGT may have registered another loss in 2019, but they still achieved the top end of their profit expectations for the year, according to Sala.