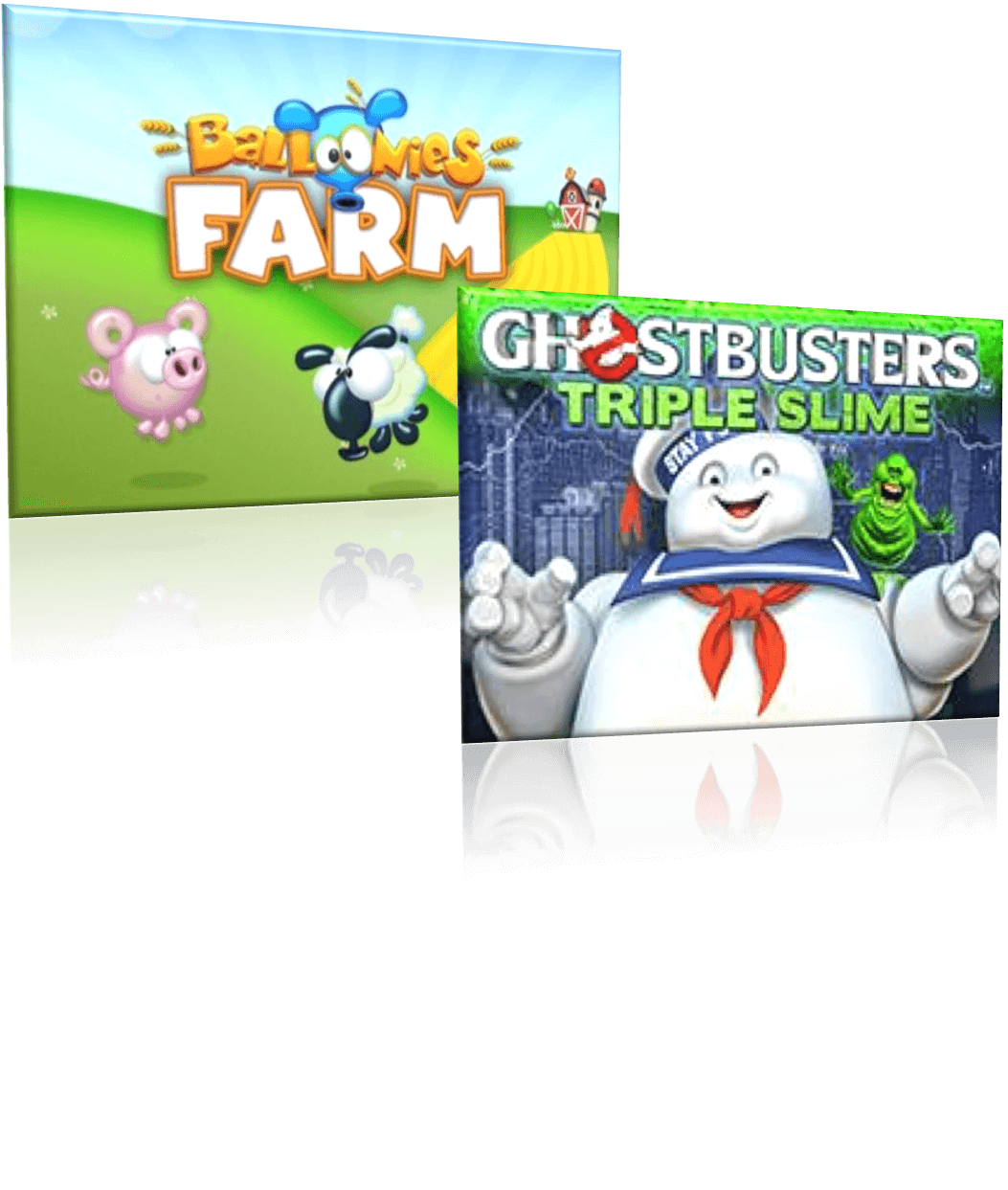 Software developer IGT has been hard at work, and announced the release of 2 new slots in April. Ghostbusters Triple Slime and Balloonies Farm bring a range of special features on 5 reels to mobile devices and to computers.

Players are sure to find the themes of both slots familiar. Ghostbusters is a franchise that has been loved around the world since the 1980s, while Balloonies Farm is a sequel to the developer’s popular slot about balloon animals.

Some reviewers have been at pains to point out that the gameplay of both new slots is somewhat similar to a couple of other slots from the software developer. This is seemingly to overlook the simple fact that every single software developer repeats or tweaks successful formulas in various mobile and online slots.

Naysayers aside, the new slots do look promising.

Inspired By a True Classic

Fans of the original Ghostbusters movies will no doubt breathe a sigh of relief to find out that IGT’s new mobile slot is not based on the remake that never should have happened. Instead, it portrays various characters and themes from the original 1984 movie in great animations and sound effects.

The game features 5 reels and 720 Ways to Win. It also boasts Wild and Scatter symbols.

Slimer has the ability to trigger the Slimer Scatter Bonus in which Scatter symbols are transformed into mini bonus wheels. There is also a Ghost Catcher Scatter that can trigger a second bonus feature in which players need to catch ghosts for pointers that are used on big bonus wheels that can award coin payouts and multipliers.

IGT’s Balloonies Farm offers a fun twist on a pastoral theme. The slot has 5 reels and 20 paylines, and is set on a farm populated by balloon animals.

It may sound cute, but players should not let that fool them into thinking the slot is tame. The balloon animals burst when they form winning combinations, and are replaced by new symbols that could form additional payouts.

The Wild can act as a multiplier when it successfully substitutes for other symbols, and players can also choose the number of free spins they play in the free spins round.

All in all, it looks like it is going to be an exciting April for mobile slots players.