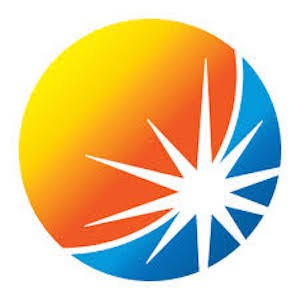 Industry eyes turned to focus on software developer and casino game supplier International Game Technology (IGT), as it posted its financial results for the second quarter. IGT itself called the results strong, although a closer look will show that the report is, at best, mixed.

The overall net income for the second quarter was posted as an impressive $161 million, although after adjustment, with exchange rate gains taken into consideration, this amount was $57 million. Not a bad report. But taking a closer look at the specifics shows that there are loses in some areas, although IGT was quick to provide explanations.

USA Gaming And Interactive Down

It was North American Gaming and Interactive looked at separately that showed that not all was well, with a significant downward slant in earnings. Previous year results sat at a healthy $310 million, which declined to $254 in this report. Certainly reason for concern. But the company offered a quick explanation, saying that was due entirely to the sale of the DoubleDown business.

In more detail, North American revenue as a whole for gaming came in at $169 million, a notable downward slant from the previous $208 million, when compared to the same period of the previous year. Looking at revenue generated by product sales shows another downward trend, with an overall drop of 17%.

In terms of physical product sales, 4,550 machines of various kinds were shipped, which was another number that saw a considerable decrease. The number shipped for the same period last year was 5,293.

With the financial report came a statement by IGT CEO, Marco Sala. Sala again reiterated that the second quarter was a strong one, and focused on the areas in which gains were indeed seen. This was in the companies lottery division, which Sala drew much attention too.

He stated that the North American and Italian lottery expansions had gone beyond all expectations. Adding to this, he also pointed out that the base of the North American Gaming division had stayed strong, which was likely another attempt to ease tensions about the already stated losses. Emphasis was put on the fact that a new selection of video reel games was being introduced into the North American market, before the end of the year. Sala concluded by expressing his confidence that IGT would be reaching its set goals for the financial year of 2018.

Sala’s words went some way to easing nerves about the mixed financial report. As to whether the company does or doesn’t reach its goals by the end of 2018 remains to be seen, but eyes will certainly be on the company in the coming months.