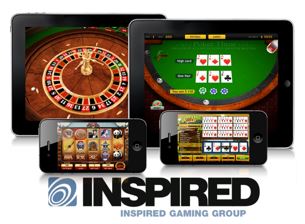 s a developer that’s considered to be one of the leading suppliers of SBG products in the world. Active in over 30 countries across the globe and offering a vast scope of gaming technology, the provider has recently made an announcement regarding its integration with major operator Paddy Power Casino.

The sports betting and mobile games provider has just announced that it has successfully integrated its own Remote Gaming Server with Paddy Power’s online and mobile gaming platforms. This new integration is a strategic move that will give Paddy Power players a broader choice of game content across several gaming channels.

Inspired Mobile Games To Be Featured

Among the new games on Paddy Power’s platform are several of Inspired’s most notable titles, including Rise of Anubis, Centurion, The Guardians, and the developer’s own version of 20p Roulette online.

The integration between these two gaming giants will ultimately mean a growth in the range of games available to Canadian casino players. Mobile casino gaming continues to grow in popularity throughout Canada, and Inspired Gaming Group’s integration with one of the largest Canadian-friendly casinos will allow them to easily claim their share of this thriving iGaming market.

The new agreement will see Paddy Power join the ranks of numerous other clients that offer Inspired’s online and mobile games. The casino will join major brand names in the industry who have recently become clients of the developer, including Gala Coral, William Hill, Bet365, and BetFred casino.

Steve Rogers, the CCO of Digital Games at Inspired Group, offered his comments on the new agreement in a recent press statement. According to Rogers, Inspired Group has long been providing casino games to Paddy Power, for both their casino and virtual sports betting businesses. This new deal, Rogers said, will broaden the availability of Inspired’s games even further.

Mobile games are one of the company’s most strategic focuses and their highest priority at the moment, and the addition of Inspired software to Paddy Power’s players is yet another of the company’s steps to offer players their games across multiple channels.