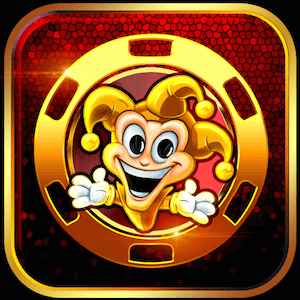 Hunting for chocolate eggs over Easter has no age-limitations and those who want to challenge this universal truth best bring their A-game to the table. But even better than chocolate is when the Easter bunny decides to bring along buckets-full of cash. And so it came to be for a very lucky Yggdrasil Joker Millions winner. The lucky player recently turned a €1.25 bet into a smooth and life changing €3.1 million (approx. CAD4 518 585,00) Easter treat.

Joker Millions is a progressive jackpot online and mobile slots game by top developer Yggdrasil Gaming, and one that has created a fair share of millionaires in its lifetime.

Success From Day One

Yggdrasil Gaming is one of the most popular creators of progressive jackpot slots in the world today, and ever since the developer had been on the international scene it has managed to make headlines thanks to the popularity of its games, and the size of its payouts. Progressive jackpots offer players the opportunity to win huge sums of cash thanks to the fact that slots are interconnected on a network. Each time a bet is placed on any of the Joker Millions slots, for example, all other Joker Millions jackpots on that particular operator-network, will grow substantially.

Yggdrasil first released Joker Millions about four years ago, in 2015. Since then, the game has achieved something very similar to cult-status and players convene in their drones to have a go at spinning the reels. Today, Joker Millions is one of Yggdrasil Gaming’s flagship slots, and is played by millions of players in all four corners of the world.

Last Year’s Win Was A Big One

According to Yggdrasil CEO Fredrik Elmqvist, Joker Millions is a game that really rewards its players. The CEO also referred specifically to the latest win and said that it was a special treat to the Yggdrasil team that the jackpot had been hit by a Betsson player as the brand has enjoyed a long-standing partnership with the casino.

But it was a LeoVegas player who last year managed to trigger and win the biggest jackpot to have been awarded by Joker Millions since its launch in 2015. The player won a super-duper €7.83 million playing Yggdrasil’s flagship-supreme. Who knows? The next big winner could be you!