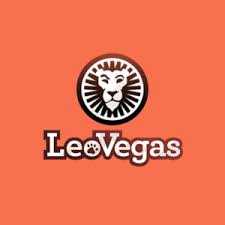 It has been a time of chaos for most of the commercial world, with the health crisis still wreaking havoc. But, according to online casino company LeoVegas, the iGaming industry is slowly returning to a place of normality.

This statement comes on the back of the corporation’s third quarter report for 2020, which does indeed show encouraging signs. Most notably, the report showed that sales for July had come in at around €30.7 million. This is in comparison to the previous year’s €29.3 million, which equates to growth of 5%. Not a massive step up by any means but given the circumstances it is a clear sign that markets are again balancing in the expected manner.

According to the spokesperson, there were a number of significant occurrences that helped July see profitability. Here is a look at some of the more interesting developments.

It was explained that in Sweden major sports leagues had recently restarted activities, which helped to boost income in the region. The spokesperson explained that LeoVegas shifted focus from online casino games to sports betting to accommodate the change, navigating various restrictions, which in turn helped kick-start revenue. But it was pointed out, with restrictions still in place, many drawbacks were still being seen, hindering overall revenue growth.

Meanwhile in Italy an opposite effect was seen, with record-breaking deposits experienced at online casinos. Deposits for the quarter were up 24% to a total of 434,453, which is in comparison to the previous year’s 350,298. This interesting development, also clearly spurred by the health crisis, demonstrated that the overall impact has had varying degrees of influence on the different regional markets.

Taking a closer look at LeoVegas’s online casino numbers; the period between 1st April and 30th July saw a revenue increase of 17%, with a total of 110.7 million euros. This is in comparison to the same period of the previous year that totalled 94.4 million euros. Operating income similarly jumped, going from 8.5 million euros in 2019 to 16.3 million euros.

Gustaf Hagman, LeoVegas president, shared a few thoughts. He primarily commented on how the health crisis was still impacting business around the world, with several countries specifically having implemented restrictions to curb problem gambling. He specifically pointed out the situation in Spain, where a temporary ban on gambling advertising had been issued.

Hagman concluded by reaffirming that, as always, the company’s focus was on sustainable growth, which would ultimately result in taking the world title of Kings of Casinos.