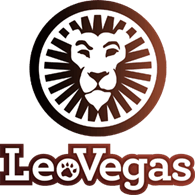 LeoVegas Group, a name well-known to Canadian online casino enthusiasts, has designated 2 banks to serve as lead underwriters. This is as the firm takes a serious look at their chances of issuing a senior unsecured bond. The bond would serve to make LeoVegas’ expansion ambitions a reality. Skandinaviska Enskilda Banken (SEB) and Swedbank arranged meetings ahead of a possible bond issue.

It would be senior, unsecured, and with an expected volume of SEK500 million within a framework of SEK1.2 billion that would take 3 years to mature. The next step could be a capital market transaction if market conditions are appropriate.

Proceeds from the possible bond issue that this online casino organisation is pursuing would be used to subsidise existing money owed and invested in future merger and acquisition activity. Along with this undertaking, LeoVegas has engaged in a fresh 3-year revolving credit facility worth SEK400 million.

Gustaf Hagman, Chief Executive Officer and Co-Founder at LeoVegas AB, said that the long-term goal is getting the business into a stable financial position. He stated that this bond would reinforce the company’s flexibility financially as well as diversify its financing with a bank loan and bond combination.

Hagman went on to say that it would additionally allow the firm to keep working on its expansion strategy. This, he added, would see it focussing on already-regulated markets as well as those in the process of becoming so. He amended by saying that it’s all part of the attitude of consistently reassessing complementary and strategic acquisition that are in line with the LeoVegas Group.

The goal is to maintain a leverage ratio of net debt to calibrated earnings before interest, tax, depreciation, and amortisation of 1X. This level may be exceeded over the shorter term, however, as the online casino business pursues bigger procurements and other planned initiatives.

The Rest of the Story

LeoVegas’ extant financial aims remain the same. This means that the firm will keep aiming at outperforming the gaming market as a whole and ensure its long-term EBITDA margins remain at least 15%. This is in addition to returning a minimum of 50% of after-tax profit to its shareholders in the form of dividends.

Earlier in November 2020, LeoVegas reported that its marginal year-on-year-growth for the third quarter of the year was up by 0.8%, to just over SEK900 million.