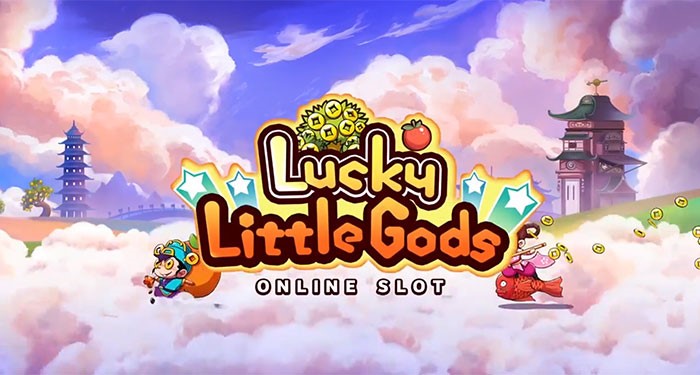 Leading online and mobile slots developer Microgaming is known to celebrate the new year in style, and now, the supplier is preparing to thrill its players by celebrating the Chinese New Year this year too – albeit a few weeks early!

Microgaming’s latest mobile slot celebrates the gods of good fortune present in Chinese culture, not to mention some lucky ancestors as well. Lucky Little Gods is a cheerful take on the Chinese New Year, and is set to launch at mobile casinos worldwide on February 1, 2018.

The adorable Manga-inspired game is packed with features and cash bonuses to celebrate the new year in style, while also giving players enough engaging content to keep them enthralled for hours this coming month.

The mobile slot boasts lovely graphics and stylised icons throughout, paired with a picturesque backdrop of rolling clouds, Asian pagodas, and the quintessential weeping willows of the region. It is here that the slot’s 5 reels are set, the first and fifth of which will turn entirely golden whenever the free spins game is triggered.

Lucky Little Gods also boasts adorable animated characters – the gods of luck themselves – who can land on the reels at random to award cash prizes, bonus features and more. A joyful soundtrack completes the scene, creating a festive slot that will spice up anyone’s new years celebrations.

Offering mid-variance fun, Lucky Little Gods is set to wow with five unique bonus games. The random cash prize is the first of these, and will be awarded at random by one of the gods on the reels on any winning or non-winning base game spin.

Next are the Golden Pot and Golden Tree bonus rounds, both of which are triggered by one or more special symbols. Once activated, they will award players a random coin prize corresponding to their wagers. The Lucky Gods icon also acts as a lucrative wild, filling in for other symbols to create extra winning combos.

Landing wilds on reels 1 and 5 will trigger a free spins game with a godly 10 free spins to begin with. The reels on either end of the game will become stacked wild reels, and will stick in place until the bonus is over. Each extra scatter will also award players an additional free spin, and all free spins winnings will be subjected to a random multiplier at the end of each round.

The thrilling new mobile slot from Microgaming has been timed to fall between the Western New Year and the Eastern one, arriving just before the Chinese New Year on February 16. The game will be fully optimised for both desktop and mobile devices as well - including player-favourite Apple and Android operating systems – allowing everyone to join in the fun this February.