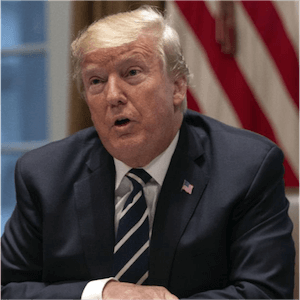 You know you’re in more than just a spot of trouble when a risk analysis company the likes of Steve Vickers & Associates has singled you out as being most at risk as a result of a trade war between global trade giants the United States and China.

This is fast becoming the reality for casino group Las Vegas Sands. Despite the fact that they stand to lose the most should all goodwill between the two countries go bottoms up, they aren’t the only ones facing major financial woes and complications. Other US casino groups heavily invested in Macau include MGM Resorts and Wynn Resorts.

Macau’s gaming industry has now been earmarked as one that may very well turn out to be highly volatile with many role-players standing to lose more than just pocket change. In fact, if a full-on trade war does end up erupting between the two countries, with all indications that this is exactly what is going to happen currently being present, those US companies most affected by the tax hikes are going to find themselves in very hot water indeed.

To put matters into perspective, it will once again be a case of taxes payable to government being more than overall profits. Running at a loss is simply not something any business is cut out to do. It simply would make no sense to carry on trading under conditions of this nature.

Friends With The Wrong People

But getting back to the matter of Vegas Sands standing to lose out the most. The main reason for this is the identity of the man behind the expected trade war between the two countries. Yes, you guessed it, the new US President elect, Donald Trump. Vegas Sands founder Sheldon Adelson is a major US political contributor, and someone who had a sturdy financial hand of support in the presidential campaign of Trump.

This is bound to make Vegas Sands a prime target when China starts to impose heavy trade restrictions and taxation levies on US companies.