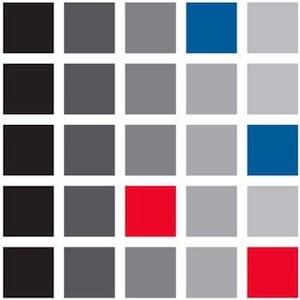 United States based provider of land based casino technology, Scientific Games, has finalised a major partnership. The company will now work with mega-corporation Golden Nugget LLC.

Golden Nugget LLC are based in Las Vegas, and known for being the driving force behind many of the gambling hubs biggest establishments. The organisation revealed the new partnership via a press release, and provided further details. It was explained that Scientific Games had been brought in on a long term basis, with the initial contract expected to last until 2024. Though, extensions were also stated as being a possibility.

In regards to the partnerships details, the press release stated that Scientific Games would be involved in no less than 5 land based casino operations, and that the focus would be on improving iGaming systems on multiple levels.

A spokesman from Scientific Games elaborated, explaining that Golden Nugget LLC wanted the new OpenGaming digital ecosystem installed in various land-based casino operations. The first to get the upgrade would be in Pennsylvania and New Jersey, though other establishments around the country would be next in line. Though, which establishments in particular was not specifically mentioned.

Additionally, the Golden Nugget LLC online presence would also be undergoing a renovation, with the Open Gaming System for digital casinos being installed. This system would provide an online platform and account management system for online operations, drastically improving and streamlining digital casino content.

It was also mentioned that Scientific Games would be providing a major push in the sports betting department, starting with a primary focus on the launch of mobile betting services in the New Jersey area.

The spokesman went into more detail, saying that Golden Nugget LLC would be granted full access to the OpenSports systems. In doing so, the organisation would be able to leverage already existing services, and in turn launch mobile betting options for customers in New Jersey. This would mark a major leap forward for sports betting in the area, evolving the industry to the next level.

It was specifically pointed out that if the new system was a success in New Jersey, that it may well be carried over to other United States regions.

Digital chief executive at Scientific Games, Jordan Levin, took the time to express his delight at the partnership. He referred to the situation as a sports betting win, both for his company, and for United States punters at large.