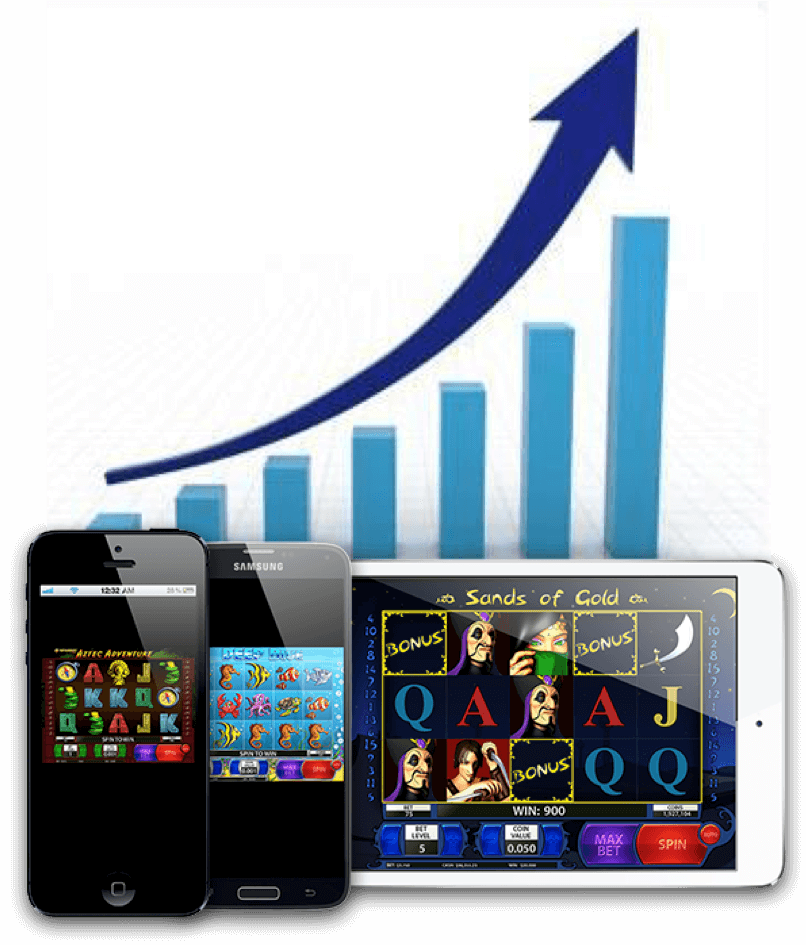 Some of Canada’s biggest online casino brands are experiencing excellent growth in their mobile gaming sectors, according to recent statistics. Reports such as the Stickyeyes Mobile Gaming Report, which was revealed earlier this year at Ice Totally Gaming, revealed that mobile is by far the fastest-growing sector in the iGaming industry – and any operators who haven’t developed mobile offerings are likely missing out.

In 2016, mobile gaming pulled in more revenues worldwide than the global box office. More and more major operators are finding that mobile gaming is making up a large portion of their revenues, with the more savvy operators considerably boosting their year on year growth with unique mobile offerings.

In the second quarter of 2016, behemoth gambling provider Mr Green posted record-breaking mobile growth, with $90.1 million of its $211.1 million in takings contributed by mobile gaming – a 69.1% growth over the previous year.

Betsson and 32Red Leading the Way

Betsson’s mobile casino, which it claims to be the world’s largest, also saw an 83% year-on-year boost in mobile casino revenues in the fourth quarter of 2016. Overall mobile revenues now represent around half of its total takings at around $81.9 million.

32Red Casino is yet another brand that has seen great mobile success, with its 2016 financial reports showing 45% year-on-year mobile growth and considerably boosted revenues from its fastest growing casino vertical, both in terms of player acquisition and revenues.

Many mobile casino brands saw the most noticeable mobile growth during 2016. In this year, mobile casino searches for ‘casino’, ‘bingo’ and ‘poker’ generated around 111,600 searches per month in Canada alone, with bingo and casino being the two most popular search terms.

The mobile betting industry has also had its time in the limelight. Operators like William Hill and Betfair have enjoyed massive success lately, both in Canada and on a global scale. William Hill brought in 42% of its overall sportsbook takings in 2013 from mobile, and experienced an exceptional 298% growth in mobile betting revenues the following year.

Mobile casino games are also powering exceptional growth in casino software providers such as Playtech and Microgaming. Playtech’s Q4 results in 2016 showed a 113% growth in mobile gaming over the previous year and an 80% rise in the distribution of mobile games.

Developers like Microgaming, Yggdrasil Gaming and Evolution Gaming have all noticed a similar trend, hinting that mobile casino operators and players alike can look forward to massive mobile growth in the future.