Mega Moolah Pays Out Another Jackpot 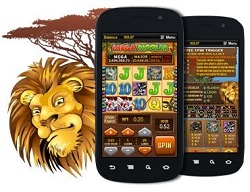 Mega Moolah, the progressive online and mobile slot from Microgaming, is at risk of becoming known as the slot that never stops paying out. This after the slot paid out its fourth jackpot this year when an anonymous player won $1 818 747 in July.

Only two weeks before this, a player won $1 599 224 on the slot. Roughly a month ago, a player spinning the reels of the mobile version of the slot smashed the record for a mobile progressive slot win when they landed a jackpot of $3,722,530.12.

The Mega Moolah progressive jackpot pool is linked to a number of different slots in the same series. The original game has an African safari theme, while Mega Moolah Isis is set in the mythical world of ancient Egypt.

Mega Moolah 5 Reel Drive, on the other hand, takes the action on the road in the form of a road race firmly rooted in a genre of 1970s and 80s comedy films.

The game made headlines in October 2015 when it set a world record for a progressive online slot payout. Jon Heywood played the game and won an incredible £13.2 million jackpot, a record amount that has yet to be broken by another player.

Another player won a US$1 million jackpot in November 2012, a win that has been called one of the slot’s smaller payouts.

The first significant jackpot paid out by Mega Moolah was won in 2008. A Finnish player known only as Klaus E played a 0.50 bet on the reels, and won more than US$5 million.