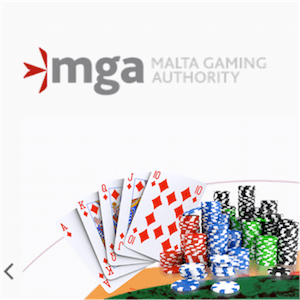 The Malta Gaming Authority is one of the most reputable gaming authorities in the world, and many operators hold remote gaming licences that are endorsed and overseen by the authority. Previously this month, the Maltese Government signed off on the third and final version of Malta’s new National Gaming Act. One of the main provisions of the act is that the Malta Gaming Authority will going forward take on a greater role in terms of supervisory powers. The MGA has already started instituting new measures of control in an attempt to better the gaming landscape in general, one of the most critical measures being its plans to launch a unified self-exclusion system for all companies holding remote licences in Malta.

The MGA will not only assume a greater supervisory role, but has also gained greater intervention powers. The MGA’s Player Support Unit will play an important role as mediator between casino operators and aggrieved players.

The new unified system entails that players who have opted to self-exclude from one gaming operator, will in future not be able to register with any other operator in the Malta network of operators. All registered operators will be obliged to comply with this rule in order to retain MGA endorsement of their services.

What’s more, this doesn’t only apply to online casino operators. The MGA also recently announced a similar system for land-based casino operators in the country. Heathcliff Farrugia, who is the chief executive of the Malta Gaming Authority, recently said that the protection of players is at the core of the scope of priorities held by the MGA and that the newest project further emphasizes the fact that the MGA has resolved to provide players with all of the tools that they may need in order to cultivate a habit of responsible gambling.

The MGA also said that it believed that the newest regulation to be implemented will be widely supported by operators, as the authority had witnessed many incidents of operators attempting to apply various measures in order to better support players on the road to healthy gambling habits.

Farrugia concluded by saying that over the next couple of weeks, the MGA would be assessing technical solutions for the implementation of the new self-exclusion system and that the process would commence by means of public consultation, after which a call for technical solutions submissions will be made.