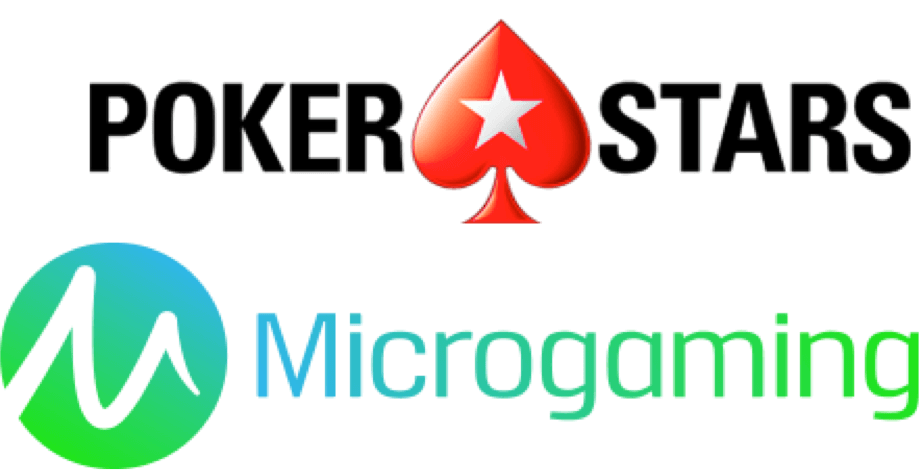 The partnership deal between Microgaming and popular Amaya Gaming brand PokerStars has borne fruit. The software provider based on the Isle of Man announced the successful integration that brought its games to millions of players.

The deal that brought the sought-after platform to PokerStars Casino was first announced in February. With more than 100 million registered players, the online Poker casino is the largest of its kind, and those players now have access to a gargantuan gaming portfolio, as well as some of the biggest progressive jackpot games such as Mega Moolah.

Microgaming is also behind other popular online and mobile casino games such as Thunderstruck II, Immortal Romance, and Break Da Bank Again. The provider powers more than 600 online casinos.

Andrew Clucas, Microgaming’s Quickfire director, was well aware of PokerStars’ popularity. He described the successful partnership deal as a significant achievement, and said that the provider’s gaming content and the casino’s players were a perfect match.

Clucas added that the deal has led to a close working partnership; one that would continue to develop as the casino continues to expand its games offerings via the platform.

PokerStars Casino operations director Bo Wanghammar expressed his delight at the successful integration of the casino with the Quickfire platform. He said that the deal made some of the industry’s best games accessible to the casino’s players, and that was an enhancement to the casino’s offerings.

Wanghammar added that the casino’s players would soon have access to even more games from the platform.

The announcement came at a time when Amaya Gaming could use all the good news it could get. The company has faced trying times in recent years, following the resignation of CEO David Baazov, the man who, in 2004, founded the Toronto Stock Exchange-listed company in Montreal.

Baazov stepped down in August 2016, after a fraud scandal made news months before. He was replaced by Rafi Ashkenazi.

The company is now at pains to try polish its tarnished image, and recently revealed plans to not only change its name to The Stars Group Inc., but to relocate from Montreal to Toronto as well.

Amaya Gaming acquired the PokerStars brand in 2014, when it bought the brand’s parent company from Isai and Mark Scheinberg. The company also owns the Full Tilt Poker brand.

Its other offerings include casino game, betting, and lottery software.