Microgaming : New Online Slot in May

Microgaming is one of the worlds most respected online casino game developers and they regularly release new titles into the market. This May, another great video slots game makes it debut and players can enjoy Win Sum Dim Sum online, or on smartphone or tablet. The cross platform compatible slot will be released to both Quickfire and Microgaming operators and will be available in 20 languages.

Win Sum Dim Sum is a video slots game that features 3 reels, 5 rows and 9 paylines. The minimum bet is just 0.1, so the game should be suitable for the budget of almost every player. Like all Microgaming slots, Win Sum Dim Sum can also be played for free, in demo mode. When players bet real money, the base game’s top jackpot is an impressive 75,000 coins. 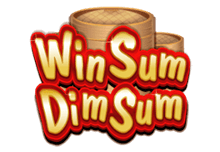 As its name might suggest, Dim Sum Win Sum has a Chinese restaurant theme. The lower-value playing card symbols all have an oriental accent, such as the dragon and the fan that embellish the King and Queen respectively. Higher-value symbols include dishes like Ha Gow and Shu Mai, and typically Eastern music plays in the background.

The high-quality graphics and animations will immerse players and make the game more enjoyable, while the white reels and uncluttered screen keeps it easy to follow and simple to play. As well as the regular game payouts, there are a few special features in Win Sum Dim Sum that should make it all the more rewarding. The Wild Symbol is a bamboo steamer, and is able to stand in for any regular reel symbol to complete winning combinations. The only icon that the Wild can't substitute for is the Scatter Symbol, which takes the form of a teapot. The Scatter is the key to unlocking 15 free spins, which can be retriggered.

Dim Sum Win Sum also makes use of Microgaming’s popular Expanding Wild feature. If the bamboo steamer lands on Reel 3 in the base game or on Reels 2, 3 or 4 in the Free Spins round, it will expand to fill the entire reel. This feature has become quite prevalent in slots games recently and it’s no surprise that Microgaming has chosen to implement it here too.

Dim Sum Win Sum promises to serve up a tasty treat and looks set to provide plenty of winning opportunities to players from the 4th May 2016.