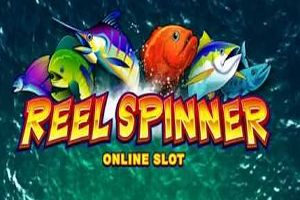 Every month Microgaming releases new slots titles to an eagerly awaiting audience and this July there is additional anticipation, following the announcement that the brand have discontinued their well-known Thunderstruck slots series. Everyone wants to know what’s coming next.

While comic book fans may not be faced with a familiar theme this month, they will no doubt be pleased to see some new games that add yet more interest and excitement to the developers already impressive portfolio.

The first of the new Microgaming releases set for July is the fishing themed slot, Reel Spinner. The theme is a clever take on the word “reel” and instead of the focus only being on the slots reels, the use of a fishing reel comes into play throughout the game. Reel spinner is a 5 reel slot with 15 paylines and gameplay is kept relatively straightforward, making it a great introduction for new players. However, there are a number of features to keep even the most experienced player hooked.

Reel Spinner has really gone all out on the theme with the Free Spins feature, and players who land three Scatter symbols anywhere on the reels simultaneously will unlock this bonus round. In order to calculate how many Free Spins will be awarded, players are first taken to a second screen game where they will have to select one of several boats. Depending on the player’s choice they will receive between 5 and 20 Free Spins. Once the Free Spins are awarded, players will be able to spin a ‘reel’, which is cleverly depicted as a fishing reel. Depending on the outcome of the spin, players can secure a multiplier of between 1x and 5x for the duration of the bonus round.

Reel Spinner may not be the most original of the slots recently released, and it doesn’t have any features that have not been seen before, but the theme makes it interesting and adds a level of humour to the game. The graphics are excellent quality, as with all Microgaming slots, game play is smooth and straightforward, with no confusing features and limited complexity. Reel Spinner can be played on desktop or mobile and will be available in real money and demo mode, and the maximum jackpot of £112,500 is well worth playing for.

Microgaming is known for producing excellent quality games and they certainly haven’t disappointed with this hot new release. On the 6th of July 2016 the game will go live and can be enjoyed at casinos that are powered by either Microgaming or Quickfire.