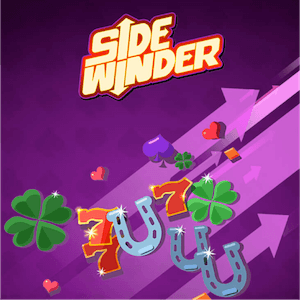 If award-winning casino software developer is renowned for anything, then it’s constantly releasing content that is fresh and engaging. This may not appear to be all that tall an order, but functioning creatively in an industry that is already full to the brim with creative teams all battling it out to reach the top, it’s harder than what it may appear.

And yet, Microgaming has always managed to stay ahead of the pack, whether by an inch or by a mile. Testament to the quality of the company’s releases is the fact that the iGaming industry literally waits on the company’s new releases, of which there are generally at least 2 for every month of the year.

Ever so often, the industry is entertained with more than just a new game or idea. At times, the developer goes all out and introduces a brand new concept. This is exactly what has happened with Microgaming’s September release, the quite cleverly titled, Sidewinder.

Taking Winning To The Next Level

What makes Sidewinder newsworthy is the fact that it pushes the boundaries of the entire multiple ways to win concept. Who will forget the excitement that prevailed among operators and players alike, when the 243 ways to win concept was introduced for the very first time.

Little did we know that our computer and mobile screens would soon be graced by a brand new creation offering no fewer than 1125 ways to win! Sidewinder makes use of wilds placed in strategic places, ultimately transforming the game’s grid into nothing short of a moneymaking machine.

Microgaming has been upping the ante within its own ranks and has recently started to incorporate the services of a number of independent design studios. This has ensured that the supplier’s content has taken on a whole new twist. Every game appears to be of an entirely different style, and players are loving the variety.

Independent studios tend to not be caught up in the typical catch and release style of traditional slots, and are presenting the industry with interesting and unconventional new ideas and functionality. Microgaming is the first of the mainstream industry players to have tapped into the pool of unbridled creativity, and more developers are bound to follow suit.