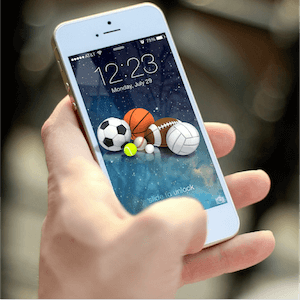 Current state-law in New York City only allows for in-person bets to be placed at New York’s four casinos. And it now appears as if this isn’t going to change anytime soon. A stalemate situation seems to have evolved among democrats serving the state assembly. To make matters worse, time is now a factor and the general assumption is that no definite decision will have been made before the end of the current legislative session.

The almost passive situation regarding the movement of the mobile wagering bill is the source of a giant frustration for Senator Joseph Addabbo, who recently took to social media platform Twitter to voice his frustrations about the anticipated further delays. Addabbo said on Twitter that it was unfathomable that the bill had yet again not progressed, since the legalisation of mobile sports betting will not only create jobs, but also retain jobs. The city stands to lose out on an estimated $75 million in much-needed revenue for the remainder of this year alone, pointed out Addabbo.

According to assembly sponsor and top lawmaker Gary Pretlow, it’s almost as if there’s a massive roadblock in the assembly as it stands at the moment, and that the roadblock has Constitution written all over it. The idea that mobile sports betting can only be legalised once an amendment to the effect has been made to the country’s Constitution; a process that can take anywhere up to 3 years; is a notion that was introduced and stood by by Governor Andrew Cuomo. Cuomo has now seemingly convinced many others of this, which is what has caused the loggerheads about whether or not mobile bets may be simply voted in.

Pretlow said that thanks to Cuomo’s resistance, the assembly is now stuck on the “Constitution Question” and it isn’t showing signs of budging. And even if a shift did take place, it would not be in good time so as to be passed during the current legislative period.

Pretlow had apparently well anticipated the current deadlock. The lawmaker had in April during a keynote address at the Betting on Sports America conference, predicted that the bill being passed in this year still, was a matter of 50/50.